New Delhi.
Mahindra Thar 5 Door India Launch: Mahindra & Mahindra is known for its powerful SUVs and Thar is the most distinct identity in the SUV segment. Mahindra sells 3 door Thar in India this year and now the company is preparing to bring a 5 door version of this SUV in the coming time. Recently, the first glimpse of Mahindra Thar 5 door was seen during testing, after which the process of speculation has started. The news is coming that Mahindra will present its off-road SUV Thar at the Auto Expo 2023 and then its price will also be disclosed. Whatever new information has come out at the moment, we are going to tell you.

Powerful engine and 4X4 drivetrain
Mahindra Thar is the favorite car of off-roading SUV lovers in India and it competes with the Force Gurkha. In the coming time, Maruti Jimny is also coming to compete with it. Now it is ready to introduce its 5 door version, which will be equipped with better space and latest features than the current model. Mahindra Thar 5 DOOR will get 2.0L mStallion turbo petrol and 2.2L mHawk turbo diesel engines, which will be capable of generating 152bhp power, 320Nm torque as well as 132bhp power and 320Nm torque respectively. Like the 3-door Mahindra Thar, the 5-door Thar will also get 6-speed manual and 6-speed torque converter automatic transmissions. There will also be a 4X4 drivetrain as well.

Great look and features
Talking about the look and features of the upcoming 5-door Mahindra Thar, first of all it will have more seating capacity, as well as more in length, due to which its cabin space will be bigger. The 5-door Mahindra Thar will get wider tyres, lighter steering wheels and better suspension setup than the current model. According to media reports, Mahindra Thar 5 door will be offered with 6 attractive color options. On the other hand, in terms of features, this SUV comes with standard features like multi-functional steering wheel, 7-inch touchscreen infotainment system with smartphone connectivity, USB charging port, automatic AC, roof mounted speakers as well as 6 airbags, hill start control, ESP. Features like , ISOFIX child mount and more Advanced Driver Assistance System (ADAS) can be seen. 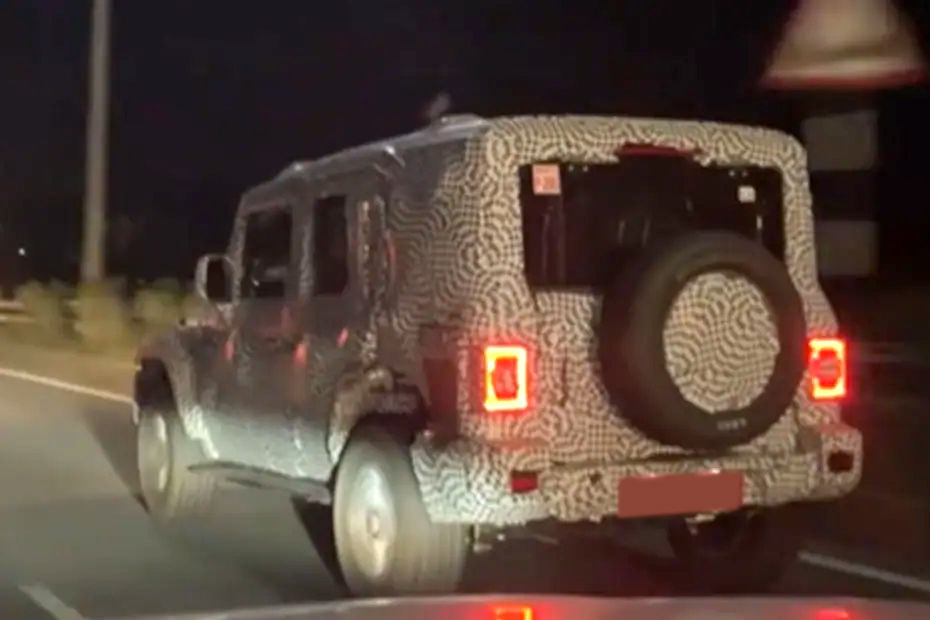