Mahindra starts preparing to set up plant for electric vehicles, first electric SUV will be launched in 2024 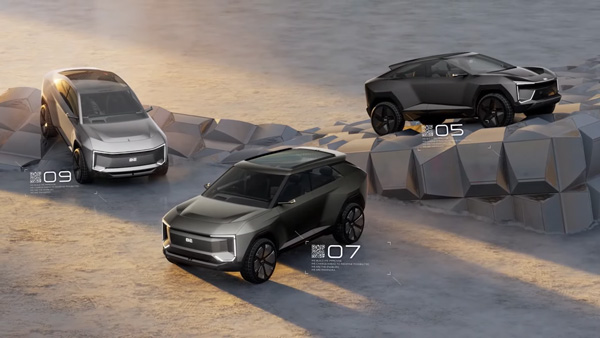 Confirming this, Rajesh Jejurikar, Executive Director, Auto and Farm Sector, Mahindra & Mahindra said that Mahindra is preparing to set up a new plant for electric vehicles. Without disclosing the names of the states, he said that the team of Mahindra Group is currently in talks with several state governments. He also said that the decision on where the plant will be set up will be taken in a few days.

Let us tell you that Mahindra is about to launch five electric SUVs under its new electric car brands XUV and BE. At present, Mahindra does not have a presence in the passenger electric car segment. However, Mahindra holds over 70 per cent share in electric three-wheelers.

Mahindra also inaugurated its new Design Center of Excellence, Mahindra Advanced Design Europe (MADE), which will serve as the conceptual hub for the company’s portfolio of EV products. In its filing, Mahindra said, MADE’s primary objective is to develop electric vehicles as per global standards that will be made available in India as well as overseas markets. This design center will support Mahindra’s design center located in Mumbai.

Mahindra and Volkswagen have announced a partnership in India for electric cars platform, battery manufacturing and technical support. Mahindra has said that this agreement will be finalized by December 2022. Mahindra and Volkswagen have announced the launch of many of their electric models in this partnership in India as well as overseas markets.

Currently, both Skoda and Volkswagen will make their India debut with the import of high-end electric cars such as the Skoda Enyac and Volkswagen ID4 SUV. However, both the brands want to eventually make locally developed electric cars for India. This is where Mahindra’s new Inglo platform will play a key role in the entry of both the companies into India’s low-cost EV market.

The objective of this partnership between Mahindra and Volkswagen is to ensure the supply of electric car components as well as to produce electric cars for 10 years. Additionally, M&M and Volkswagen also plan to explore further opportunities for a comprehensive strategic alliance to accelerate the electrification of the Indian automotive market.