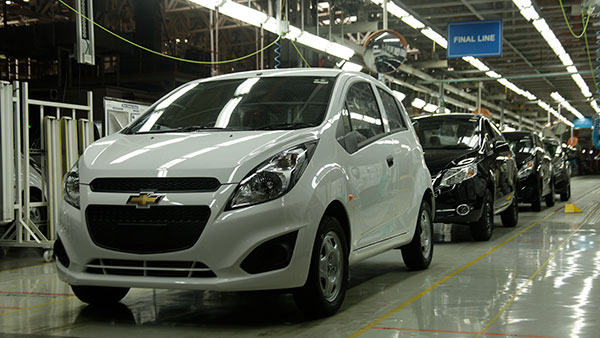 General Motors exited the Indian market in 2017 and has been looking to sell its factory since then. The production of export units at this plant was stopped in 2020.

GM’s Talegaon plant was initially to be acquired by Great Wall Motors of China, but the deal was scrapped after the Indian government did not allow the acquisition. British brand MG Motor is also reportedly in the race to acquire the plant, but its Chinese ownership could lead to further scrutiny, prolonging the acquisition process.

Recently, Ford has also sold its Sanand plant to Tata Motors for Rs 725.70 crore. The acquisition of GM’s car plant would be the second instance of an Indian manufacturer buying an American automaker’s assets in India. According to the information, Mahindra & Mahindra can buy this plant for about Rs 600 crore, which can prove to be a profitable deal for the company.

Mahindra may also consider converting this plant into an EV manufacturing facility as the company aims to sell 2,00,000 EVs per year. The company is committed to achieve this goal by 2027.

The recently launched Mahindra Scorpio-N had beaten every SUV in India by garnering over 1 lakh bookings within the first 30 minutes. According to a report, Mahindra has about 1.25 lakh cars pending delivery. Mahindra is struggling to meet the demand for its SUVs. In such a situation, the expansion in production capacity can give some relief to the customers waiting for the car.

Apart from this, Mahindra has also revealed five electric cars under the Bourne Electric range in India. The company is preparing to launch these cars by 2024. It is being said that this plant of GM could be the center of production for Mahindra’s electric cars.