Mahindra gives a glimpse of the new electric SUV, will be presented on August 15 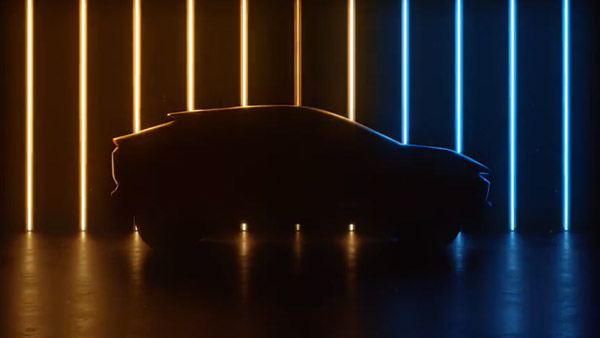 Earlier, Mahindra had released the teaser of an electric SUV which was to be called the XUV400. Now the company is going to bring many electric SUVs and in the new teaser 5 different design SUVs can be seen. All these electric SUVs should be introduced together on 15 August 2022. This will be 5 of the 7 models to be brought under Bourne Electric.

All these vehicles will be designed in Mahindra Advance Design Europe, headed by Pratap Bose. The teaser that surfaced shows a coupe-like model that could be the XUV900, along with an electric version of the XUV300 called the XUV400. The company can release new teasers of these electric SUVs in the coming days.

The C-shaped LED light was seen in the teaser that surfaced and the LED light strip can be seen in the rear. Let us tell you that it is going to be an electric SUV from the beginning, which will be brought to the global level. Earlier in the teaser, it was shown how the design team is getting inspired by Formula E, so the upcoming electric SUV may also see some traces of it.

Mahindra has confirmed that the concept vehicles will be ready for production by 2025. But before that, the carmaker is planning to launch the XUV300 electric SUV in early 2023. Mahindra has announced to bring 8 electric cars to the Indian market by 2027. Four of these will be sourced from the company’s range of petrol and diesel products, which could be electric versions of cars like the XUV700 and XUV300.

Mahindra has revealed that it plans to set up a new EV (electric vehicle) subsidiary. The carmaker said it had entered into an agreement with UK-based British International Investment (BII). BII will invest up to Rs 1,925 crore in the company in two tranches for which the company will hold a shareholding of 2.75-4.76 per cent.

Mahindra itself will also invest up to Rs 1,925 crore in the new subsidiary. The upcoming EV subsidiary is valued at Rs 70,070 crore and will focus on the electric four-wheeler segment with Mahindra aiming to develop “a world-class electric SUV portfolio with advanced technologies”.

Mahindra is now getting a foothold in the electric sector after taking hold in the market of SUVs with ICE engine and is going to bring many electric SUVs for this. In the new teaser, this electric SUV looks very stylish, now we have to wait till August 15 to see more.