Mahindra eXUV300 electric SUV spotted during testing, will be launched in the Indian market soon 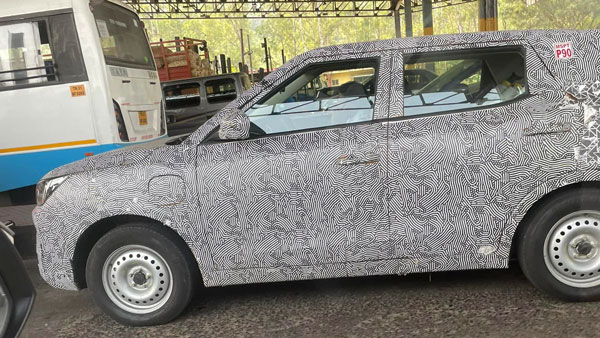 After this the company launched a battery-powered Mahindra eVerito sedan, which entered the Indian auto market. This is currently the only electric car from Mahindra. Now the domestic automaker intends to re-enter the EV space by bringing in a full range of new-generation electric cars.

It will start with the Mahindra eXUV300, which is a battery-powered version of the IC engine-powered XUV300. The pre-production concept version of the same was showcased for the first time at the Auto Expo. The electrified compact SUV will make its debut in 2023 which will be followed by several other electric models from Mahindra.

The company is also exploring new designs in the EV segment, which means Mahindra also intends to launch all new EV models with new brand names. A 40kWh battery can be used in the 2023 Mahindra eXUV300 electric SUV.

Considering the success of Tata Nexon Electric in the Indian market, Mahindra has fast-tracked the launch of the XUV300 electric version. This might be a bit long despite sharing the same MESMA 350 platform developed completely in-house by Mahindra Electric.

According to the information, talking about Tata Nexon EV, an average of 1,500 to 2,000 units of this car is being sold every month. There is also a waiting period of about 3-6 months for this car. Tata is also working on launching a new variant of the Nexon EV this year.

This new variant will come with a bigger battery, which will provide more range. It has also emerged that the Mahindra eKUV100, the battery-powered derivative of the KUV100 will not meet the needs of the private buyers. Mahindra has revealed that the electric cross-hatch will be for the fleet segment only.

According to the information, the range of Mahindra eKUV100 will be limited to 130-150 km. Increasing the range would mean increasing the battery capacity, which would increase the cost of the vehicle. Hence it would not have been possible for an entry level buyer.