Mahindra EV: LG’s battery will be used in Mahindra’s electric SUV, companies have made a deal 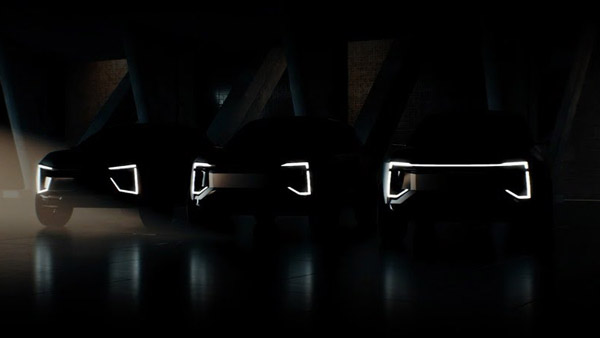 According to a statement from Mahindra, before LG Energy Solutions split from its parent company LG Chem, Mahindra partnered with LG Chem in 2018 to collaborate on the supply and technology of lithium-ion batteries based on nickel, cobalt and manganese chemistry. An agreement was signed.

Mahindra last week raised $250 million from British International Investment for its new EV unit at a valuation of $9.1 billion. The automaker plans to launch five electric SUVs over the next few years, starting with the XUV400 in September.

These models are expected to contribute 30% or around 2,00,000 units to the total annual SUV sales by March 2027. Mahindra’s CEO told in an interview that Mahindra may consider investing in a battery-cell company to meet the electrification needs in the future.

Mahindra has very exciting plans to become a leading manufacturer in the electric SUV space. According to Rajesh Jejurikar, Executive Director, Auto and Farm Sector, Mahindra & Mahindra, the company will share the electric vehicle vision at an event to be held in the UK on 15 August 2022. The event will reveal new EV product information, technology and platform strategy.

Let us tell you that on this day Mahindra can reveal its ‘Born Electric Vision’. The company had released the teaser of three electric cars coming under this vision a few months ago. The upcoming three electric cars are expected to be a compact SUV, a mid-size SUV and a coupe model car.

Mahindra is preparing all three electric cars on the new design platform. According to the information, Mahindra has partnered with Volkswagen to design these cars, under which Mahindra is using Volkswagen’s dedicated electric vehicle platform ‘MEB’.

Earlier, in February, Mahindra had revealed the front design of the upcoming electric cars through a teaser picture that showed a glimpse of the LED DRLs on these cars. Later, a teaser image showing the interior was also released.

Currently, the Mahindra electric car range has sold only the e-Verito compact electric sedan. However, this car is available only to travel agencies and fleet operators. The company has not made it available to private buyers.