Mahindra Bolero and Bolero Neo with new logo will be delivered soon, included in the company’s website 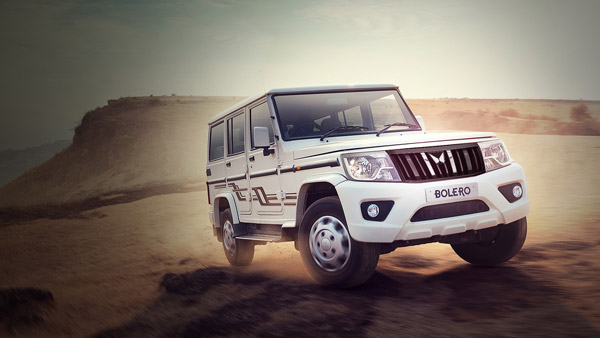 Mahindra Bolero and Bolero Neo get the new Twin Peaks logo on the front grille, wheel hubs, tailgate and steering wheel. Its official photos have been released on the company’s website and the new logo has been given in many places. The company first introduced this logo with the launch of Mahindra XUV700 last year and since then the company has been giving this new logo in new models.

Along with this, the existing SUV in the company’s lineup is also being updated with a new logo. After updating Bolero and Bolero Neo, now the company’s Thar and XUV300 are to be updated. These SUV models have also been spotted with new logos and they can be brought officially soon.

Mahindra Bolero is powered by a 1.5-litre, three-cylinder mHawk75 diesel engine that produces a maximum power of 75 bhp and peak torque of 210 Nm. On the other hand, the Bolero Neo gets the mHawk 100 diesel engine, which provides 100 bhp power and 260 Newton meter torque. A 5-speed manual gearbox is available with both the engines.

As safety features, the Bolero gets rear parking sensors, seatbelt reminder, dual airbags, an anti-lock braking system with electronic brake distribution. It still comes as a 7-seater vehicle. The boot of this SUV has two side-facing seats. Both the models don’t have any ladder rival and it holds good hold in rural areas.

Talking about Bolero, it is offered in a total of three variants, which include B4, B6 and B6(O) variants. The top-end variant gets static bending headlamps, driver information display, digital date and time, rear wiper with washer and fog lamps. If you upgrade from the B4 variant to the B6 variant, the fuel tank size gets reduced from 70-litres to 60-litres.

Talking about other features available in it, it includes power windows, 12V charging socket, central locking, keyless entry, front map pockets, utility space and keyless entry. The B6 variant gets chrome bezels for the front grille, wood finish on the central bezel, music system and body colored outside rearview mirrors.

Mahindra Bolero and Bolero Neo are among the best selling models of the company and in such a situation the company has updated them as well. Customers of the company can also get information about this by visiting the official website.