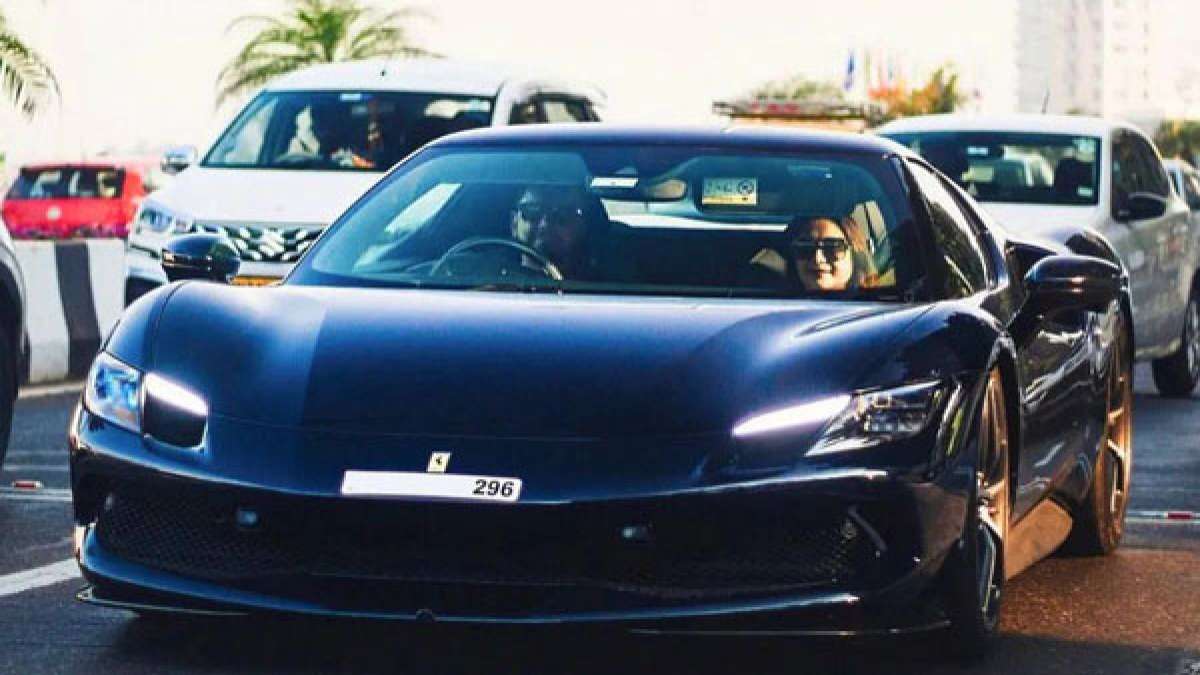 A few weeks back, famous Bollywood actress Madhuri Dixit along with her husband Dr Shriram Nene was in news for the Tata Nexon EV.

Dr. Nene bought this car to switch to electric mobility for commuting in the city. Meanwhile, Dr Nene and Madhuri Dixit have been spotted driving a Ferrari 296 GTB on the streets of Mumbai.

In the YouTube video uploaded by CS 12 Vlogs, both Dr Nene and Madhuri Dixit were seen in a black colored Ferrari 296 GTB, in the video both of them can be seen driving the Ferrari 296 GTB on the streets of Mumbai.

However, on further investigation, it was found that the 296 GTB in which the two were seen was registered in the name of New Motors Pvt Ltd, a Ferrari dealership in Mumbai. However, it is believed that Dr. Nene had bought this car from a dealership.

The Ferrari 296 GTB is one of the newer offerings from Ferrari which is slowly finding many homes across the country. This two-door convertible sports car from Ferrari is powered by a 3.0-litre twin-turbocharged V6 petrol engine and a 123 kW front-mounted electric motor.

This engine generates 830 PS of power, making it one of the most powerful production sports cars on sale in the country. Ferrari claims a top speed of over 330 kmph on the 296 GTB while it can do 0-100 kmph in just 2.9 seconds.

Dr. Nene has recently bought a brand new Tata Nexon EV. Taking delivery of the car, he said that he is in love with electric cars. Interestingly, Porsche also offers the Taycan in India, which is an electric supercar.

Let us tell you that his family used to live in America where they have some high-end sports cars including a Tesla and some Porsche. When he came to India, he shared a picture of his Porsche in the US and tweeted that there are no tracks and good roads in India. It seems that he has finally bought the Porsche in Mumbai, where he lives with the family.