Made in India This bus will run on hydrogen-air, the technology is amazing 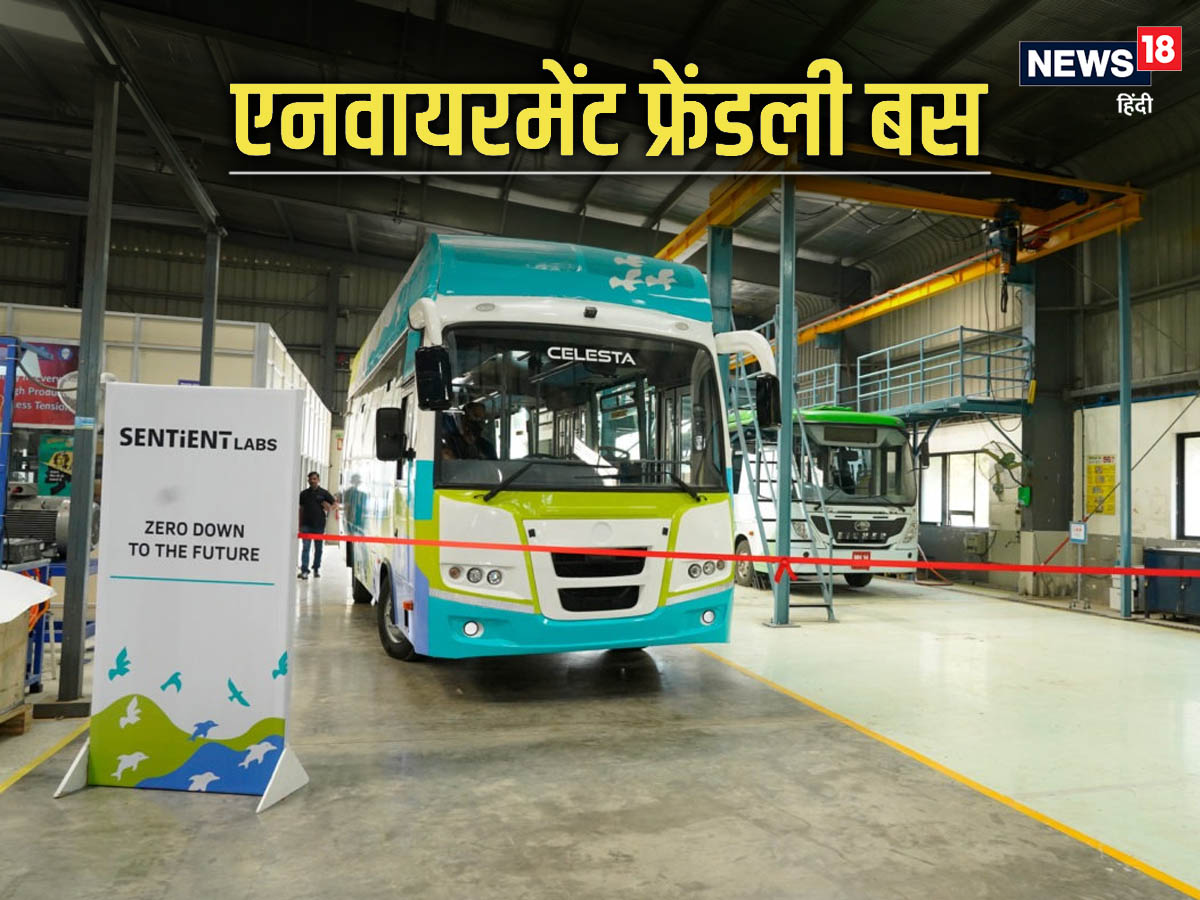 There is a constant discussion around the world on pollution and emissions. Keeping all this in mind, the first Made in India Hydrogen Fuel Cell Bus has been launched in India. Hydrogen and air have been used to generate electricity in this bus. During this time it will produce only heat and water. It is being claimed that the by-product of this bus does not pose any threat to our environment. If it is successful then this type of bus can be launched across the country.

What is Hydrogen Fuel Cell?
According to the US Department of Energy, fuel cells work in the same way as conventional batteries in electric vehicles. However, they do not require electricity to charge. As long as they continue to be supplied with hydrogen, they will continue to produce electricity. Like a conventional cell, in a fuel cell the anode and cathode are surrounded by the electrolyte.

Here the accumulated mean is fed from the hydrogen anode, while the air is fed from the cathode. In the case of the anode, the catalyst separates the hydrogen molecule into protons and electrons, and both subatomic particles take different paths to the cathode. Electrons flow through external circuits to conduct electricity in the circuit, which is used to power electric motors. On the other hand the proton flows through the electrolyte to the cathode. Once they combine with oxygen and electrons, they produce water and heat.

What will be the benefit of this?
Its biggest impact is on the environment because hydrogen fuel cell electrical vehicle does not produce any kind of tailpipe emission. They emit only water vapor and heat the air. The other good thing is that these internal combustion engines are relatively more efficient than the vehicle.

If we look at the purpose of public transportation, then the biggest advantage is seen in refueling. It is easier to refuel than a battery powered electric vehicle. It refuels in a matter of minutes, while battery-powered buses take hours to charge. In some countries, hydrogen fueled vehicles are taxed less. Once its tank is filled, a distance of 482 km to 1000 km can be covered.

impact on environment
Most of the energy in the country comes from fossil fuels. On the other hand, fossil fuel is also the largest source of hydrogen in the world. In such a situation, the vehicles running from them emit a large amount of emissions. But, as we move towards renewable of electricity, we can also move towards renewable method to generate hydrogen. These emit greenhouse gases in very small amounts and the air emitted from them are not harmful to health.

what are the challenges
Security is the biggest challenge. Hydrogen is more flammable than petrol. In such a situation, there is a possibility of explosion. It is also being talked about on its price that it can be high. How the fuel stations will be distributed is also a big question.