Made in India Suzuki Celerio launched in this country, made available in only one engine 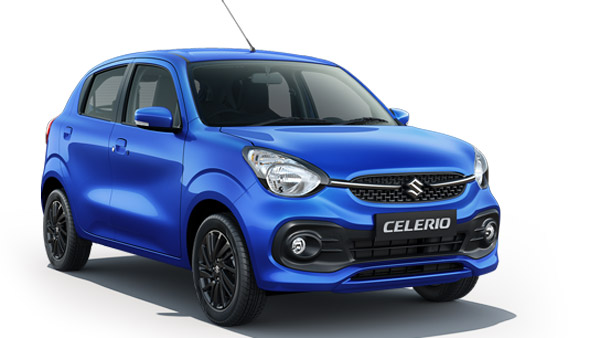 Maruti has given the 1.0-litre K10C series three-cylinder DualJet petrol engine in the new Celerio. This engine is capable of producing a maximum power of 65 bhp and peak torque of 89 newton meters. The new Celerio also gets the option of an automatic gearbox with a five-speed manual gearbox. The new Maruti Celerio is based on Suzuki’s Heartect platform similar to the Swift and Baleno.

The new Celerio gets an attractive front grille, new alloy wheels and new fog lights. The interiors get a new touchscreen infotainment system, multi-function steering wheel with call and music assist, single pod instrument cluster and circular digital screen. The head light design has been updated and the body has undergone several changes, due to which it looks more attractive than before. The new Celerio gets 15-inch black alloy wheels and a turn indicator on the ORVMs.

The car gets several new and updated features like SmartPlay touchscreen infotainment system with connectivity to Apple CarPlay and Android Auto. Apart from this, push start/stop button feature is available in this car along with idle start/stop function. Along with this, now the door request switch has also been given in the new Celerio. The boot space in the new Maruti Celerio has now been increased to 313 liters.

Talking about safety features, it gets driver and front seat passenger airbags, seat belt reminder, ABS-EBD, engine immobilizer, child proof lock at rear doors, speed alert system, hill hold assist, reverse parking sensor etc. Maruti Suzuki claims that the new Celerio can deliver a mileage of up to 26.68 kmpl, making it the most fuel efficient among all other cars offered by the carmakers in India.

The company has introduced the new Celerio in a total of 6 colors which include Silky Silver, Glistering Grey, Arctic White and Caffeine Brown along with two new colors Fire Red and Speedy Blue. It is offered in 4 trims and 7 variants. It is longer and wider than the old model. Its wheelbase is also longer than before, which gives more space inside the car than before.

It has now also been brought in CNG avatar. Maruti claims that the Celerio CNG is the most fuel efficient CNG car ever. According to Maruti, the Celerio CNG can give a mileage of 35.60 km on 1 kg of CNG. While the mileage of the new Celerio with petrol engine is 26.68 kmpl. Accordingly, the CNG model can prove to be more economical than the petrol model in the long run.

The Maruti Suzuki Celerio has now started to be brought to other countries as well and has been launched in South Africa. The company ships its vehicles to more than 80 countries around the world, so sales can be even better.