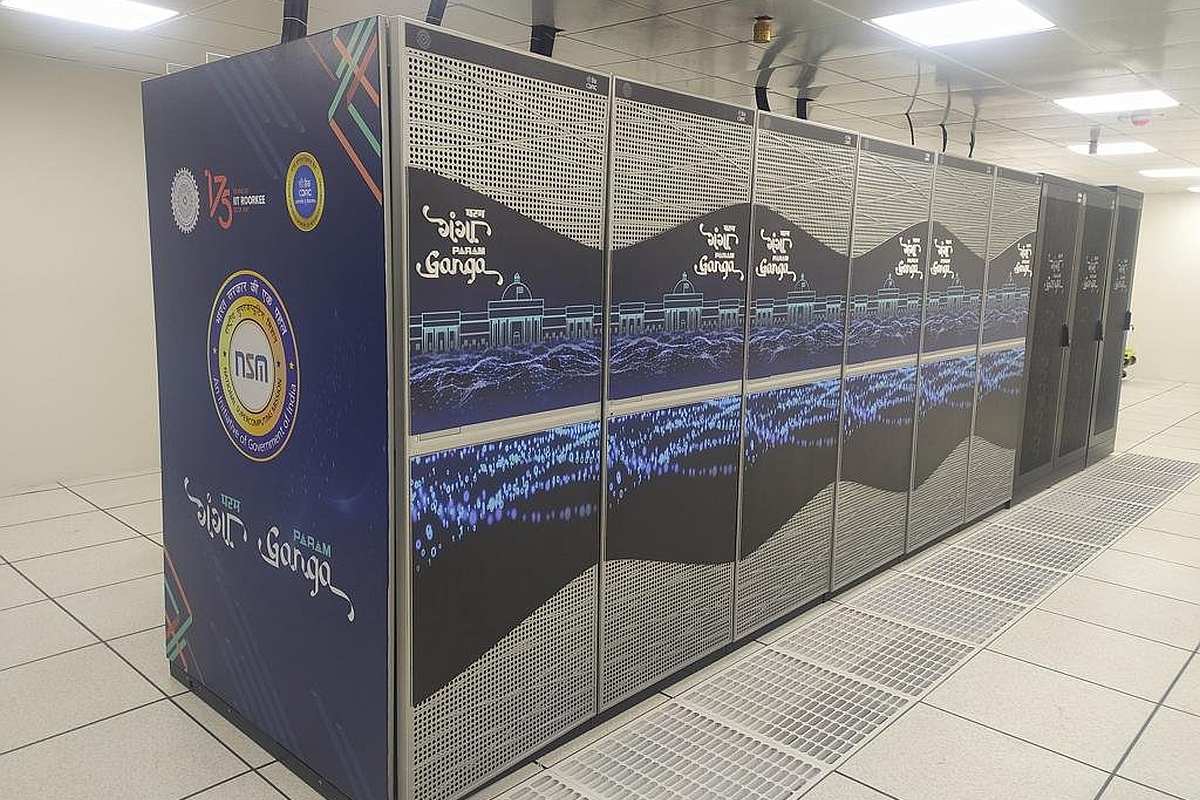 Last month, the Indian Institute of Science (IISc) installed the supercomputer ‘Param Pravega’. It is the country’s most powerful supercomputer with a supercomputing capacity of 3.3 petaflops. Now Made in India petascale super computer ‘PARAM Ganga’ has been installed at IIT Roorkee. The Chairman of the Board of Governors of IIT Roorkee ‘BVR Mohan Reddy’ installed Param Ganga at the Institute on Monday. Its supercomputing capacity is 1.66 PFLOPS (Peta Floating-Point Operations Per Second). ‘Param Ganga’ has been prepared under the National Super Computing Mission (NSM).

The objective of this supercomputer is to provide computational power to the user community of IIT Roorkee and educational institutions located in and around it. It is a joint initiative of Department of Science and Technology (DST) and Ministry of Electronics and Information Technology (MeitY).

The Param Ganga Super Computer has been developed by the Center for Development of Advanced Computing (CDAC). IIT Roorkee had signed an MoU with CDAC for this. Under this, the necessary components like the motherboard for the server will be prepared under the self-reliant India mission.

Addressing the event, Reddy said that IIT Roorkee will do advanced research using this supercomputing infrastructure developed under NSM. He told that many important components of Param Ganga such as motherboard are manufactured under the self-reliant India initiative of the Government of India. Dr. Darbari, who was present at the event, said that the basic idea behind making ‘Petascale Supercomputer’ with components made in India is to lead a self-reliant India and accelerate the solution of problems together.

At the same time, talk about the country’s most powerful supercomputer installed in the Indian Institute of Science (IISc), then it is the largest supercomputer of any academic institute. IISc’s Ultimate Speed ​​has a supercomputing capacity of 3.3 petaflops. 1 petaflop is equal to 10 million quadrillion operations per second. Many components of Param Praveg are manufactured and assembled in India. According to IISc, this supercomputer is expected to power various research and educational activities.