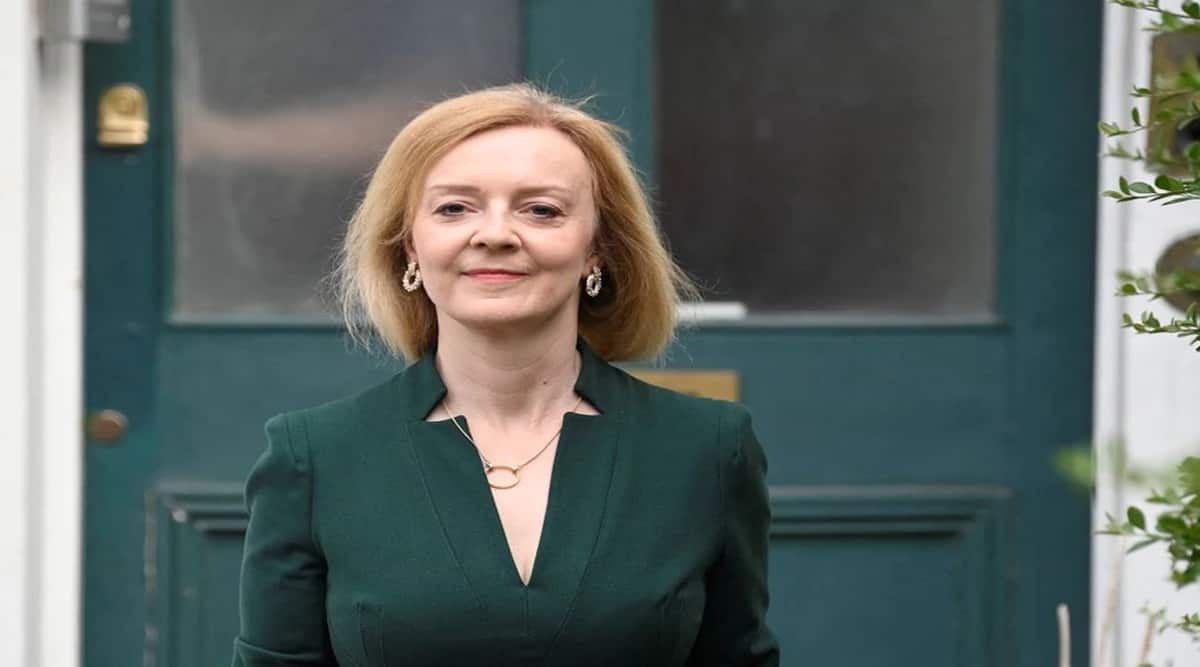 On Thursday, Conservative Party members voted to send both Sunak and Truss through to the final stage of the party’s leadership contest in the race to replace Boris Johnson.

Foreign Secretary Liz Truss has extended a commanding 28 lead over British-Indian ex-minister Rishi Sunak in the race to be the UK’s next Prime Minister, according to the latest YouGov survey. On Thursday, Conservative Party members voted to send both Sunak and Truss through to the final stage of the party’s leadership contest in the race to replace Boris Johnson.

One of them will now be selected as the next Prime Minister by the party membership in a ballot running from August 4 until early September, according to the YouGov survey. YouGov is a leading British international Internet-based market research and data analytics firm. Earlier this week, figures suggested that Truss, 46, would beat the 42-year-old former Chancellor in a hypothetical head-to-head by 19 points.Now, with the final two announced and the summer campaign just beginning, a new YouGov poll of Tory members suggests Truss retains her strong advantage.

According to the survey of 730 Conservative Party members on Wednesday and Thursday, 62 per cent said that they would vote for Truss and 38 per cent opted for Sunak, excluding those who said they wouldn’t vote or did not know.Truss has a 24 percentage point lead, up from a 20-point lead two days before. The current size of the Conservative membership is unknown, but at the last leadership election in 2019 there were around 160,000 members, and insiders expect it to have grown, meaning the polling is not representative of the party.Truss beats Sunak in every age category, amongst men and women and amongst those who voted Brexit, Sky News reported.

The only category where Sunak beats Truss is among 2016 Remain voters.This is a striking reverse, given the foreign secretary supported Remain during the referendum while the ex-chancellor campaigned for Brexit, the UK’s withdrawal from the European Union. It marks a remarkable turnaround for Sunak. He was the frontrunner during all five rounds of voting by Tory MPs, but polling suggests he is now the underdog amongst the party membership, the Sky News report added.

A source in the Sunak campaign said: “In the last Conservative leadership contest, polls were well over 10% out. They can be wrong – and this is only day one of our focus turning to members, the Huffington Post reported.“Rishi is going out to the membership and set out a positive vision for our country – and there is everything to play for,” the Huffington Post report added.

Sunak was the parliamentary party’s favourite, winning 137 votes to Truss’s 113 among Tory MPs.But bookmakers placed the foreign secretary as the frontrunner, with early indications suggesting she is more popular with Tory members ahead of a summer of campaigning.The pair battled to win the support of local politicians on Thursday when they took part in private hustings for the Conservative Councillors’ Association.They will then tour the UK to take part in 12 hustings for the Tory members who will vote for their next leader, with the result being announced on September 5.

Johnson, who addressed his final Prime Minister’s Questions (PMQs) session in the House of Commons on Wednesday, will remain caretaker Prime Minister until the new leader is elected on September 5 and addresses his or her PMQs soon after on September 7.Around 160,000 members were eligible to take part in the previous leadership election in 2019 that saw Johnson defeat Jeremy Hunt, but that number is expected to have increased since then.

The race this time around is seen as much closer than it was then and also previously when Theresa May took over after David Cameron resigned as Prime Minister in the wake of the Brexit referendum in June 2016. Tory insiders fear a brutal clash between the two remaining contenders as they vie for each and every vote to win the top job.The winner of this latest Conservative Party contest is due to face British voters in 2024 unless he or she chooses to call an early general election.
While Sunak has pitched himself as best placed to defeat Opposition Labour Leader Keir Starmer at the polls, the Labour Party has said they would be happy to take on either of the two candidates as “stooges in Boris Johnson’s government”.