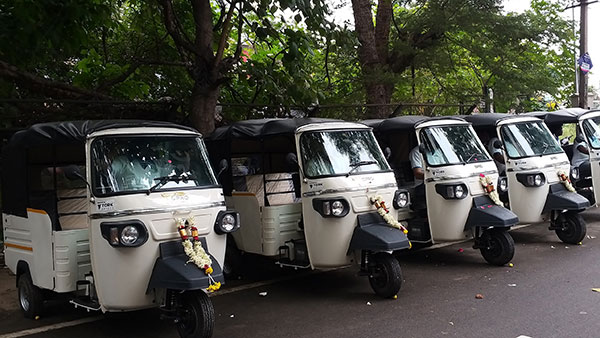 Lith Power has started commercial use of its electric three-wheelers in Bengaluru. The company is running these vehicles as a pilot project in Thane from 2021. Speaking on the occasion, Manish Aggarwal, Founder, Lith Power Mobility, said, “With the support of our partner partners who have vast expertise and experience in electric automotive, we are contributing to nation building. At the same time, last mile connectivity services include three wheelers (autos). -rickshaw) industry is considered a major source of pollution. Our mission is to provide eco-friendly rides for daily commute in metro cities with a swappable battery pack and zero charging time.”

Torque Motors has also been working with electric 3-wheeler OEMs since 2017 and is already manufacturing and supplying powertrains for several companies. To deliver maximum power in the powertrain of the torque motor, a motor equipped with a CAN bus-based controller is up to 94% efficient. It also comes mated to a 2-speed gearbox which also provides the best ride output.

The design of the Lith Power three-wheeler range is similar to that of a regular three-wheeler. The company has not yet disclosed the range available on full charge. In this electric three-wheeler, a long passenger seat has been given behind the drive seat, which can accommodate three passengers comfortably. These vehicles have been fitted with halogen headlamps and turn indicators.

Talking about Torque Motors, the company has recently launched its first high speed electric motorcycle Torque Kratos in the Indian market. The company has also started the delivery of this bike.

The company launched the Kratos and Kratos-R electric motorcycles in January this year. The Tork Kratos has been made available at an ex-showroom price of Rs 1,22,500 and Kratos-R at Rs 1,37,500. Prices are after subsidies on vehicles. Both the bikes are available in red, white, blue and black colours.

Torque Motors is also offering Kratos customers the facility of free charging for up to two years at its charging stations. The Torque Kratos is also equipped with many advanced features and equipment. As an electric bike, Torque Kratos has all the necessary features.