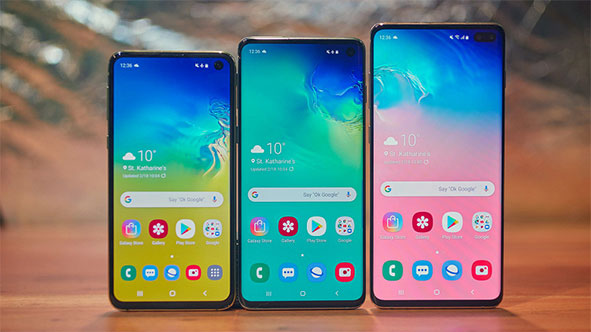 If you are searching for the cheapest 4G mobile phones under Rs 5,000, then today we are going to tell you about the top 10 Android smartphones apart from the top mobile phones in India. In this list, we have included the top 10 mobile phones under Rs 5,000, which you will like very much somewhere, apart from performance, camera and display, this device is also equipped with a good special design. Now as we know that there are many such smartphones in India in this price range which are looking to get into the light, that means the market of smartphones coming in this category i.e. Rs 5,000 and below and above that It is quite big in India, you will find Xiaomi first in this list, apart from this you will find Micromax in this category, many other companies like Intex, Tecno and Comio are also included in this category, Apart from this, smartphones from Samsung and many other big companies have also been included in this list. Now you are really going to be stunned to see so many smartphones, and you are going to be forced to think about which device you can take as your next device at this price. Let us solve this problem of yours, and know about the cheapest 4G mobile phones under Rs 5,000.

Samsung Galaxy M01 Core also works on Android 10 Jo Edition. The smartphone has come in Red, Black and Blue colours. The smartphone is getting a 5.3-inch HD Plus resolution display. This smartphone is equipped with 3000mAh battery and has 1GB RAM and 16GB storage but if you want to go for 2GB RAM and 32GB storage option then you will have to spend Rs 1000.

Talking about the specifications, the Redmi Go smartphone has a 5.0-inch HD display with a resolution of 1280X720 pixels. Its aspect ratio is 16: 9. 3000mAh battery has been given in the smartphone. The smartphone has 1GB of RAM and 8GB of storage which can be expanded up to 128GB via microSD card. This smartphone is equipped with Qualcomm Snapdragon 425 quad core processor and it has been launched on Android Oreo (Go Edition).

The Gionee F8 Neo is a budget smartphone that is powered by an octa-core SoC. This is a great entry-level smartphone which is equipped with many great features like Face Unlock, Beauty Mode, Night Mode. The phone has a 5.45-inch HD + display with an aspect ratio of 18: 9. The device is powered by the octa-core Unisoc SC9863 SoC and is paired with 2GB of RAM and 32GB of storage.

The I Kall K201 is an entry-level smartphone that comes with a large display. It is equipped with a 6.26 inch display. This is a Made in India phone and comes with one year warranty. The phone is powered by 1.3GHz SC9832A quad-core processor and is paired with 2GB of RAM and 16GB of storage. Storage can be expanded with micro SD card.

The new Karbonn X21 entry-level smartphone from Indian smartphone maker Karbonn has arrived at Rs 4,999. The phone has a 5.45 NCH LCD display, which has a resolution of 1440 x 720 pixels. The phone has an 8MP primary lens and for selfies it offers a 5MP front camera.

Itel launched its A25 Pro in October 2020. Itel A25 Pro is a budget smartphone that sports a 5-inch IPS display and has a resolution of 1280 x 720 pixels. The phone is powered by 1.4GHz Unisoc 9832E quad-core processor and is paired with 2GB of RAM and 32GB of storage. The phone’s storage can be expanded up to 32GB with a micro SD card.

The Pansonic Eluga i7 flaunts a 5.46-inch HD+ display with a resolution of 1440x720p. The phone is getting 2GB RAM and 16GB storage. 8MP rear camera and 8MP front camera are available in this dual sim phone. The phone is getting a 4000mAh battery and the device is powered by MediaTek MT6737H quad-core CPU.

Nokia 1 is a cheap 4G mobile phone launched with Android Oreo (Go Edition), this mobile phone has been launched with 1GB of RAM and MediaTek processor. This is a lightweight Android OS running phone. However, we have included this device in this list because it is much better in terms of lag etc. Along with this, you are also being given some changeable covers.

Micromax Bharat 2 Plus was launched in 2017 along with Bharat 3, and Bharat 4 but it is still on the verge of phones falling in the Rs 5000 category. It is a basic entry-level smartphone that comes with a 4-inch WVGA TFT display and is surrounded by large bezels. Its resolution is 480 x 800 pixels. The phone has a 1,600mAh battery.