Like cars, now motorcycles will also get power steering, Yamaha is working on this technology 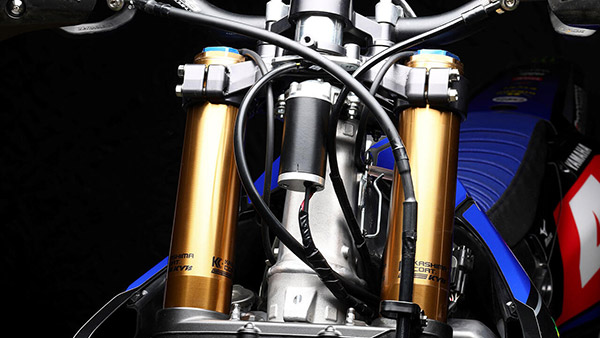 The technology features an electro magnetic set-up, which uses an active steering damper. This unit provides steering assistance at low speeds through an actuator. Along with this, it also helps in the stability of the motorcycle.

The system acts as an electronic steering damper at high speeds. It uses a torque sensor to detect and measure handlebar inputs. The company says that it has already successfully used this technology on its electric bicycle.

Now the company says that it is now planning to use it on its dirt bikes and road bikes. According to the information received, this system is currently being tested by the company in collaboration with Australian motocross racer Jay Wilson.

Jay Wilson, who rides for the All-Japan Yamaha Factory Race Team at the All-Japan Motocross Championship, is using the technology on his 250cc and 450cc dirt bikes. The electronic steering damper technology being tested by Yamaha is not entirely new.

However, Honda Motorcycles also have such technology and its dumping rates are variable and adjustable through the ECU. Yamaha has further extended the concept into an actuator to assist with any effort applied to the handlebars.

Talking about other news, Yamaha Motorcycle is preparing to launch its first electric scooter in the Indian market. But before that it can be revealed on April 11, 2022, for which the company had also sent media invitations.

Though not much was mentioned in the invite, it was definitely said that the product would be stylish and sporty. It was told that this would be an exciting new future with Yamaha. This indicates a possible upcoming product to be an electric vehicle.