Light Combat Helicopters will be deployed in the security of the country from next month, know its special things 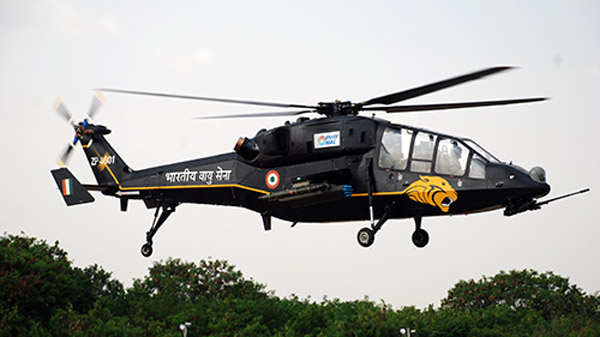 Light Combat Helicopters can seat two people. It is 51.10 feet long, 15.5 feet high. Its weight is 5800 kg. Weapons of up to 700 kg can be placed on it. Its top speed is 268 kmph. While the range is 550 km. There is a capability to fly continuously for 3 hours 10 minutes. It can also takeoff at an altitude of 16,400 feet with sufficient amount of weapons and essentials.

The Light Combat Helicopter has a single 20 mm cannon. It has four hardpoints, that is, rockets, missiles and bombs can be planted in it. The cockpit of this helicopter is made of glass. In the future, its version will be upgraded even more. Hindustan Aeronautics Limited says that if needed, it can make 150 Light Combat Helicopters. Its plan is to make 10 helicopters every year.

The Light Combat Helicopter has been made by developing Dhruv helicopters. This helicopter was needed when the Kargil war was going on. Since then work on it was going on. During the trials, it had demonstrated its ability to fly in all types of areas of India.

In February 2010 it took a 20-minute flight from HAL’s Helicopter Complex in Bengaluru, during which the rotorcraft performed a low-speed, low-altitude check on the systems on board. This was followed by the third test run of the LCH prototype on 23 May 2010. Following the completion of the flight, the crew reported that the performance of the helicopter and systems was satisfactory, publicly unveiled in 2011 by Aero India during February 2011.

On March 30, 2022 Prime Minister Narendra Modi-led Committee on Security (CCS) of the Union Cabinet had approved Rs 3,887 crore for the purchase of 15 Light Combat Helicopters this year. Apart from this, Rs 377 crore has also been sanctioned for the construction of infrastructure facility.