‘Life’s biggest shock’: This is how scientists found Omicron 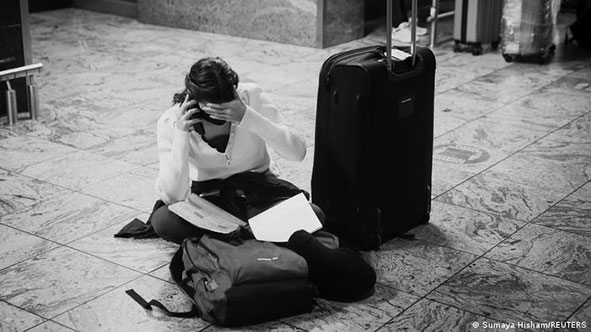 For Raquel Viana, the science head of South Africa’s largest private testing lab, the Lancet, that was the biggest setback of life. In front of them were the analysis of eight samples of coronavirus. And in all these, a lot of mutations were visible, especially the amount of that protein was greatly increased, which the virus uses to enter the human body.

Raquel Viana says, “I was shocked to see that. I even asked if there was anything wrong with the process. But that shock soon turned into a deep disappointment because those samples were going to have very serious consequences. Were.”

Viana immediately picked up the phone and called Daniel Amoacco, a fellow scientist at the National Institute for Communicable Diseases (NICD) in Johannesburg. Amoaco is a gene sequencer. Viana says, “I don’t know how to tell them this. I thought it was a different branch.”

This branch was actually the Omicron variant of the coronavirus, which is currently worrying the whole world. After two years, when the situation started returning to normal, then once again the world has reached the mouth of a big lockdown. Many countries have closed their borders and experts fear that even the vaccinations done so far may fail against this variant.

On November 20-21, Amoacco and his team studied eight samples sent from Vienna. Amoacco explains that similar mutations were found in all of them. For once, even those people felt that some mistake had happened. Then he realized that there was an unusual increase in the cases of Kovid-19 in the last one week, due to which this new variant could be.

Earlier, Viana was also warned by one of her colleagues about a different type of mutation that was created by breaking the most dangerous variant delta ever. “By Tuesday, November 23, we had tested 32 more samples around Johannesburg and Pretoria. After that the picture became clear. It was intimidating,” says Amoacco.

On Tuesday itself, the NICD team informed the Health Ministry and other laboratories of the country. Other laboratories also got similar results. The data was sent to the global database GISAID and then it was found that cases with similar gene sequences have been found in Botswana and Hong Kong.

On 24 November, NICD and South African health ministry officials informed the World Health Organization. Viana says that by then more than two-thirds of the coronavirus cases found in the South African state of Gauteng were from Omicron, an indication that the variant was spreading rapidly.

On Monday, the country’s leading expert Salim Abdul Karim said that due to Omicron, by the end of this week, the cases of Kovid-19 in South Africa will increase four times to cross 10,000.

Now the big question before the scientists is whether Omicron can cheat the immunity created by the vaccine or the earlier infection. Also, on which age group this variant will have the most impact. Scientists from all over the world are engaged in finding answers to these questions. They say that it may take three-four weeks to get their answers.