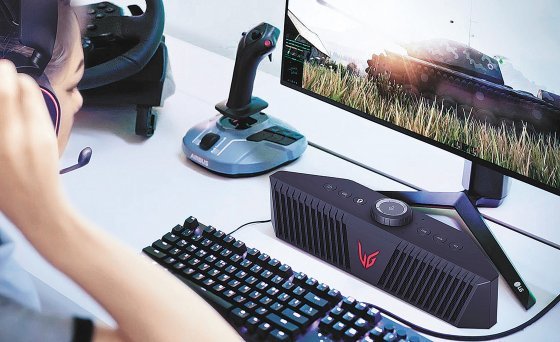 LG Electronics announced on the 20th that it will launch a new LG Ultragear gaming speaker with sound quality optimized for games and various convenience functions.

This new product is equipped with a built-in microphone, so it is possible to send and receive voice conversations without additional equipment. By applying echo-cancelling technology, it is possible to distinguish between the game sound and the voice and deliver a clear voice. Through three-dimensional (3D) gaming sound technology, it is possible to separate and deliver various sounds from the game according to the direction and size, so you can feel a sense of presence. It has a built-in battery that can last up to 6 hours, making it convenient to carry.

LG Electronics plans to release it sequentially in markets such as North America and Europe, starting with Korea on the 21st. The domestic selling price is 299,000 won.