Lexus NX 350h will be launched in India on this day, know what is special about this hybrid SUV 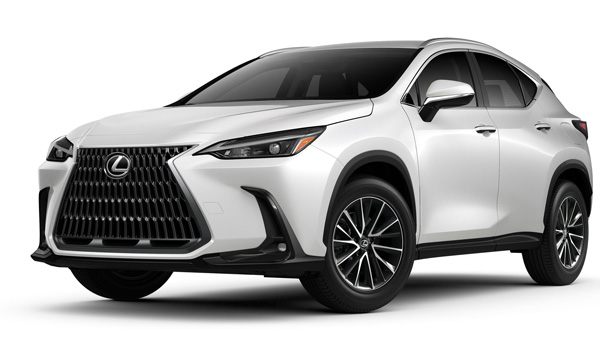 The Lexus NX was first launched in the country in 2018 and has been one of the most successful models for the brand in India. The NX portfolio was expanded in 2020 with the introduction of a new variant- NX 300h Exclusive. Based on Toyota’s TNGA-K platform, the Lexus NX 350h is slightly larger in size than the previous generation model. The new model will be available in three variants – Exclusive, Luxury and F-Sport.

The new Lexus NX 350h is based on the GA-K version of Toyota’s New Global Architecture (TNGA) platform. It comes with a sporty front design. Its front has a blacked-out spindle grille, slim LED headlamps and LED DRLs. Small LED fog lamps have been installed on the bumper of the car. The car gets a large grille from the hood to the bumper and the same includes the radiator grille.

Slim LED tail lights are provided at the rear of the car, which are connected to a thin light strip at the boot door. ‘Lexus’ badging has also been given on the boot door. The company’s branding is placed above the license plate which signifies the next generation of Lexus. The new Lexus NX 350h measures 4,661 mm in length, 1,865 mm in width, 1,661 mm in height and has a wheelbase of 2690 mm.

Talking about the interiors, the Lexus NX 350h gets a cabin design based on the Tazuna concept. It comes with a 9.8-inch touchscreen infotainment unit with Apple CarPlay and Android Auto support, 14-inch navigation system, wireless charging, 10-speaker Lexus premium sound system, and more.

Globally, the new Lexus NX 350h powertrain comes with a wide array of options. It uses a 2.5-litre, 4-cylinder engine paired with the brand’s electric drivetrain. The SUV is expected to be powered by the same unit that generates a maximum of 236 Bhp. The engine comes mated to an Electronically Controlled Continuously Variable Transmission (ECVT) and paddle shifters that send power to all four wheels.