Lexus, are you there too? The company will use the steering wheel, like Tesla 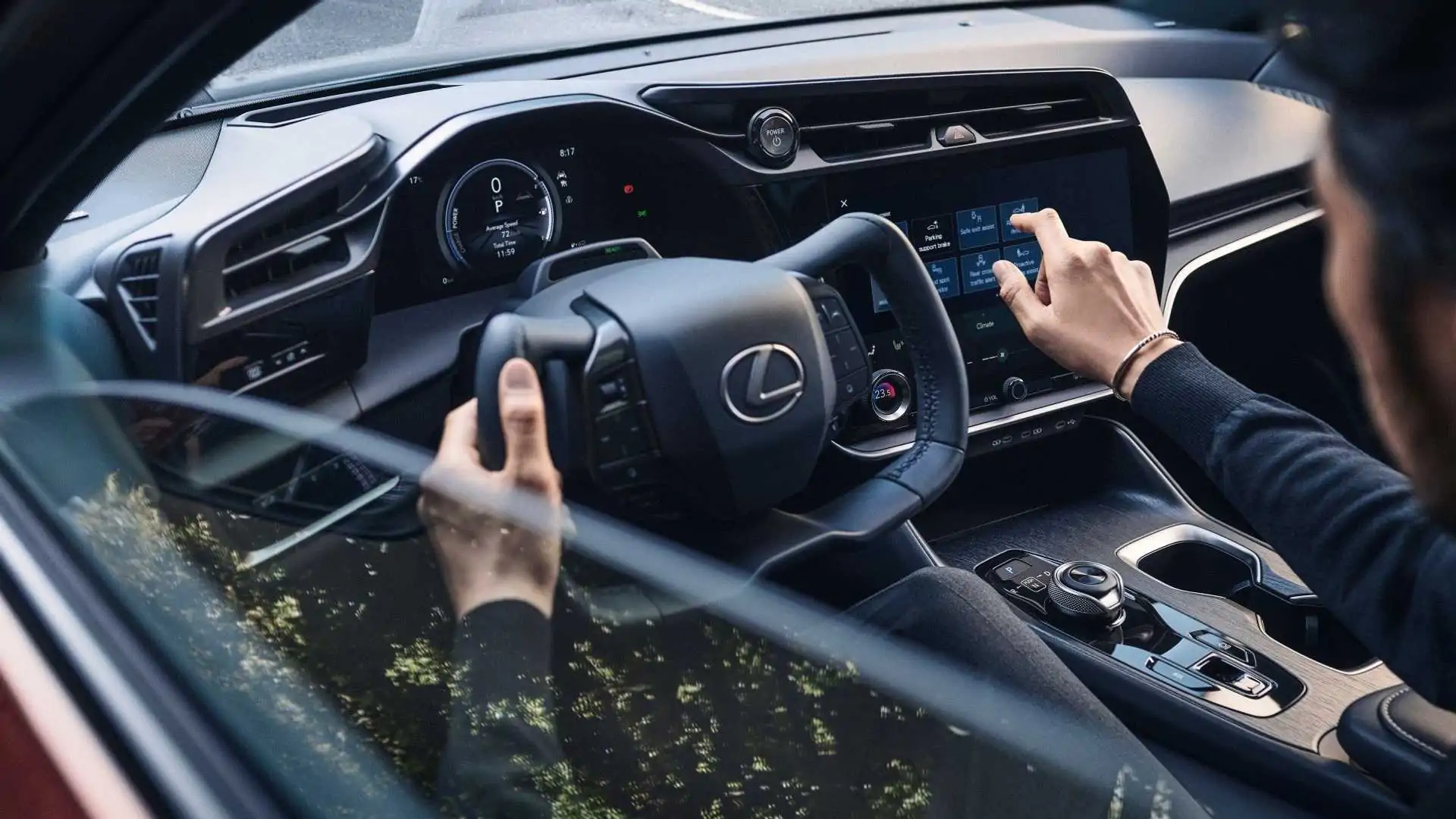 Lexus has unveiled the 2023 RZ 450e crossover, which takes inspiration from the 2023 Toyota bZ4X and Subaru Solterra but adds a range of new technologies and luxury accessories to the mix.

The newly developed High Performance Electronic Axle (eAxle) system includes a 150kW front motor and an 80kW rear unit. The battery with a capacity of 71.4 kWh should provide a power reserve of 360 km.

The Lexus RZ will come with a helm-shaped steering wheel connected to the new exclusive Steer by Wire system. It is worth noting that Tesla has already implemented a steering wheel of this shape, for which it has been criticized by reviewers and users.

The car, in addition to the unusual steering wheel design, will also have a lowered instrument panel to increase driver engagement and awareness of the surroundings. The new steering system does away with the mechanical link between steering and wheel in favor of an electrical signal relay. Lexus claims that Steer by Wire cancels out non-essential vibrations from tires and brakes, thereby passing only vital data, such as road information, to the steering system.

The vehicle is based on the e-TNGA platform, Lexus’ first electric vehicle platform developed in collaboration with Toyota and Subaru. The Lexus RZ will also receive the Lexus Safety System+ 3.0 package, which includes a Pre-Collision system that sends a warning if the driver is distracted to avoid a crash. Dynamic Radar Cruise Control uses automatic braking based on the attention of the driver and the distance to a nearby vehicle. Lane Departure Warning activates the steering assist while the emergency stop system activates the hazard warning lights.

Buyers will also be able to choose between three interior color options: Orange, Palomino and Dapple Grey/Black. The company has not yet revealed pricing for the new Lexus RZ.