Lenovo showed the concept of a laptop with a curling screen 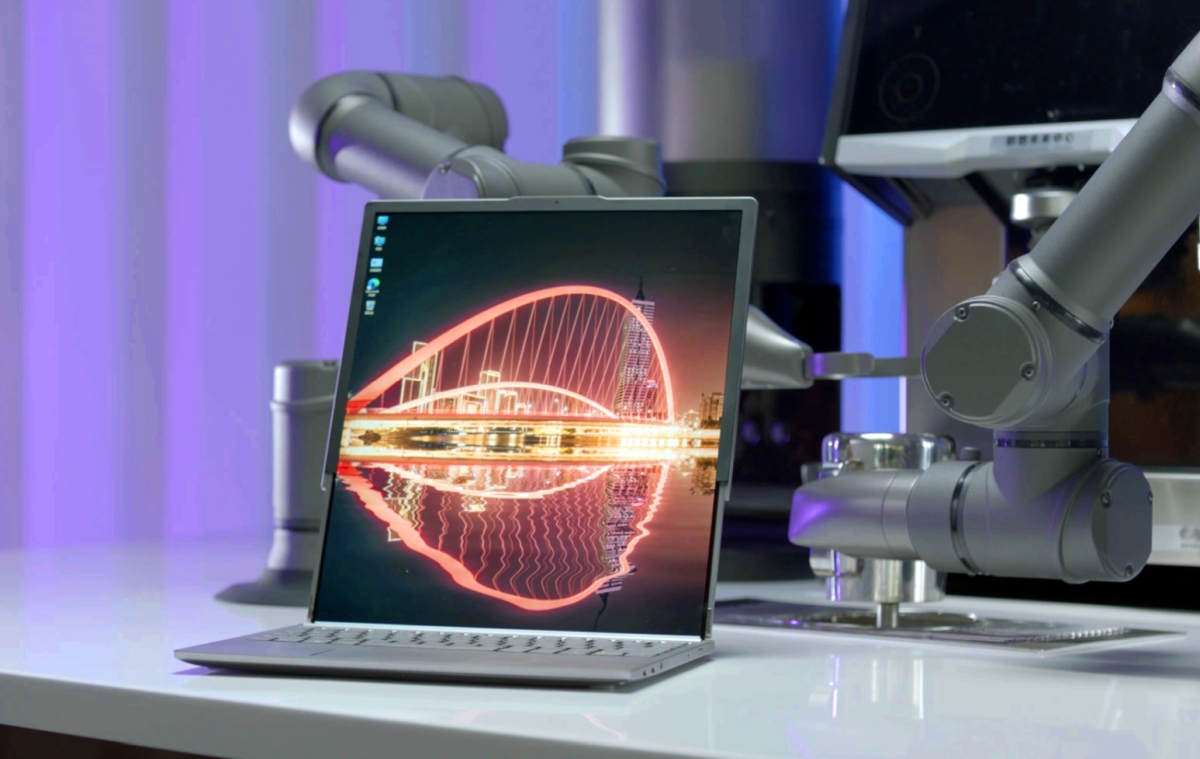 Lenovo was the first major manufacturer to brought out to market a laptop/tablet hybrid with a foldable OLED display. But now the company has shown new solutions that in the future may become the basis for promising laptops and smartphones. The first was the concept of a smartphone, which is equipped with a roll-up screen, which we wrote previously. This concept was created jointly by Lenovo and Motorola.

Another concept was a new version of the laptop with a roll-up screen and a physical keyboard. It is able to slide out vertically, providing more working space for the user. Lenovo Executive Vice President Luca Rossi briefly mentioned the novelty, but did not give details.

All that is known about the new laptop is that this technology will expand their functionality and “bring multitasking, working with files and applications to a new level.” It is not yet clear when a ready-made solution of this class will appear and whether it will be released at all.