Lemon Inflation: Why are the prices of lemons on fire? Know the reason here 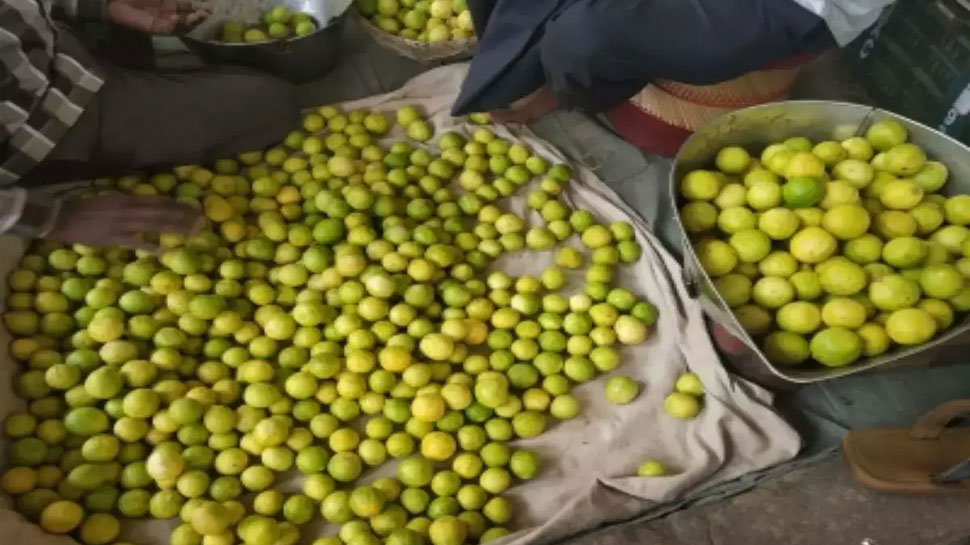 Lemon Price Rise: These days the prices of vegetables have increased rapidly in most cities of the country. In the midst of all this, the price of lemon has caught everyone’s attention. The price of lemon has gone up to Rs 350-400 per kg. Not only the customers but the shopkeepers are also affected by the increased prices of lemons. But what happened after all that the prices of lemons suddenly started touching the sky. Let’s tell.

That’s why lemon is getting expensive

There is a shortage of lemon across the country. The biggest reason is that the parts of the country where lemon is produced on a large scale are facing severe heat. Lemon production has been affected due to the heat. The fruits of lemon are getting destroyed in the early days, due to which the production is getting affected. Due to strong winds and heat, lemon flowers are falling due to which production is being affected. This is also a big reason.

Lemon is cultivated on a large scale in areas like Gujarat, Maharashtra, Andhra Pradesh, Madhya Pradesh and Rajasthan. It is getting hot in these areas. Production has been affected due to heat. Transport charges have increased due to rising prices of petrol and diesel. On the one hand, the shortage of lemons and on the other hand the increased transportation charges, both are responsible for inflation.

It is being told that this time the price of diesel is also largely responsible for the inflation of lemons coming from Andhra Pradesh and Telangana, along with less crop. Freight has also increased by 15% due to increase in diesel prices. This has doubled the price of lemon.

There is more demand in the wedding season

The season of weddings has also started. In such a situation, the demand for lemon for the function has increased further. The production is less and the demand is high, due to which the prices of lemon are also seen increasing. In summer, lemon is needed everywhere, from sugarcane juice to lemonade. In such a situation, the prices of lemons have increased even before these days.

More consumption in Navratri and Ramadan

Navratri is going on at this time and it is the month of Ramzan. Lemon is also used more during fasting and fasting. Presently production is low and demand is high.

Cyclone is also a reason in Gujarat

Many traders say that due to the post-cyclone effects in Gujarat, lemon production has come down, which is increasing the prices. At present, the prices of lemons do not seem to be coming down. Lemon may become more expensive in the coming days.