Lava’s powerful phone came in 10 thousand rupees, many strong features will be available with 7GB RAM 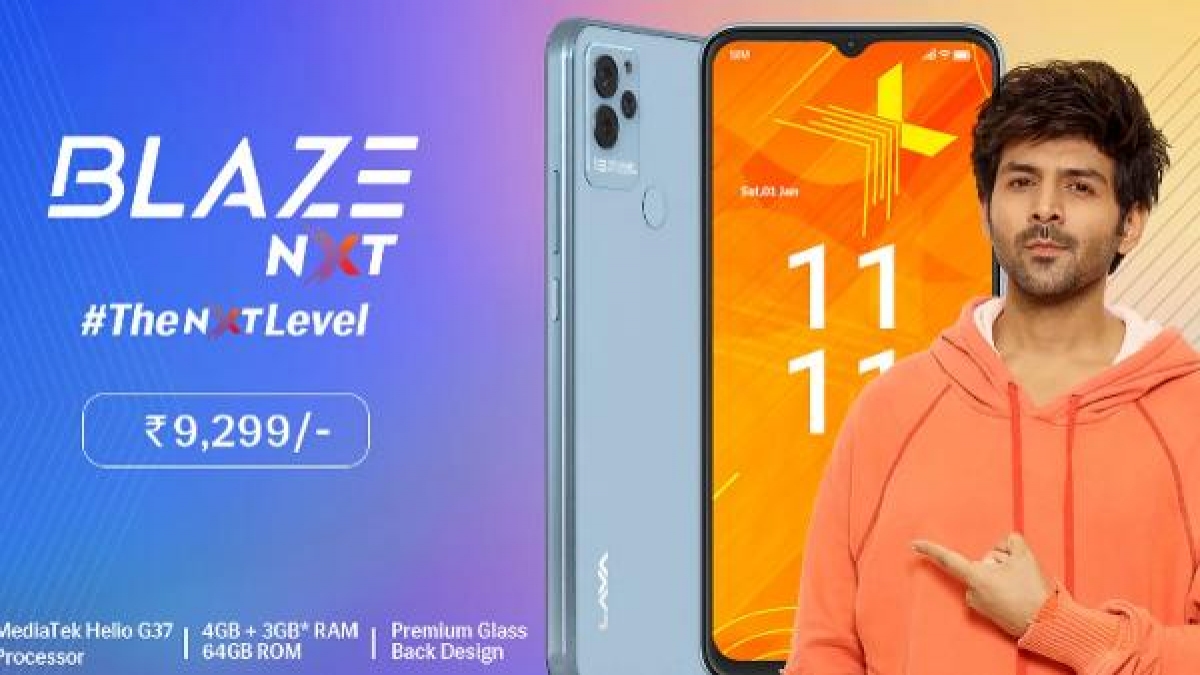 Lava Blaze NXT is priced at Rs 9,299 and will be available in a single RAM and storage configuration. The smartphone will be available for purchase in India from December 2, 12 noon onwards, on Amazon. Buyers will be able to choose from two color options – Red and Blue. Lava will also offer doorstep service for Lava Blaze NXT customers in the country.

Lava Blaze NXT flaunts a 6.5-inch IPS LCD display with HD+ (720×1600 pixels) resolution, 20:9 aspect ratio, and waterdrop notch. The handset sports a glass back design with flat edges which we have seen earlier with the Lava Blaze.

Talking about the optics, the new Blaze series smartphone is equipped with a triple-rear camera setup and an LED flash. The primary camera of the smartphone is of 13MP. The phone has an 8MP front camera for selfie and video calls. Lava Blaze NXT comes in three color options – Red, Blue and Green.

The phone has a 3.5mm audio jack and has a rear-mounted fingerprint scanner. Face unlock feature is also available in this. Connectivity options of the smartphone include dual-SIM, 4G, WiFi, Bluetooth 5.0, OTG, and GPS.