Lava flowing like a river in the desert! Picture taken from space, know the whole matter 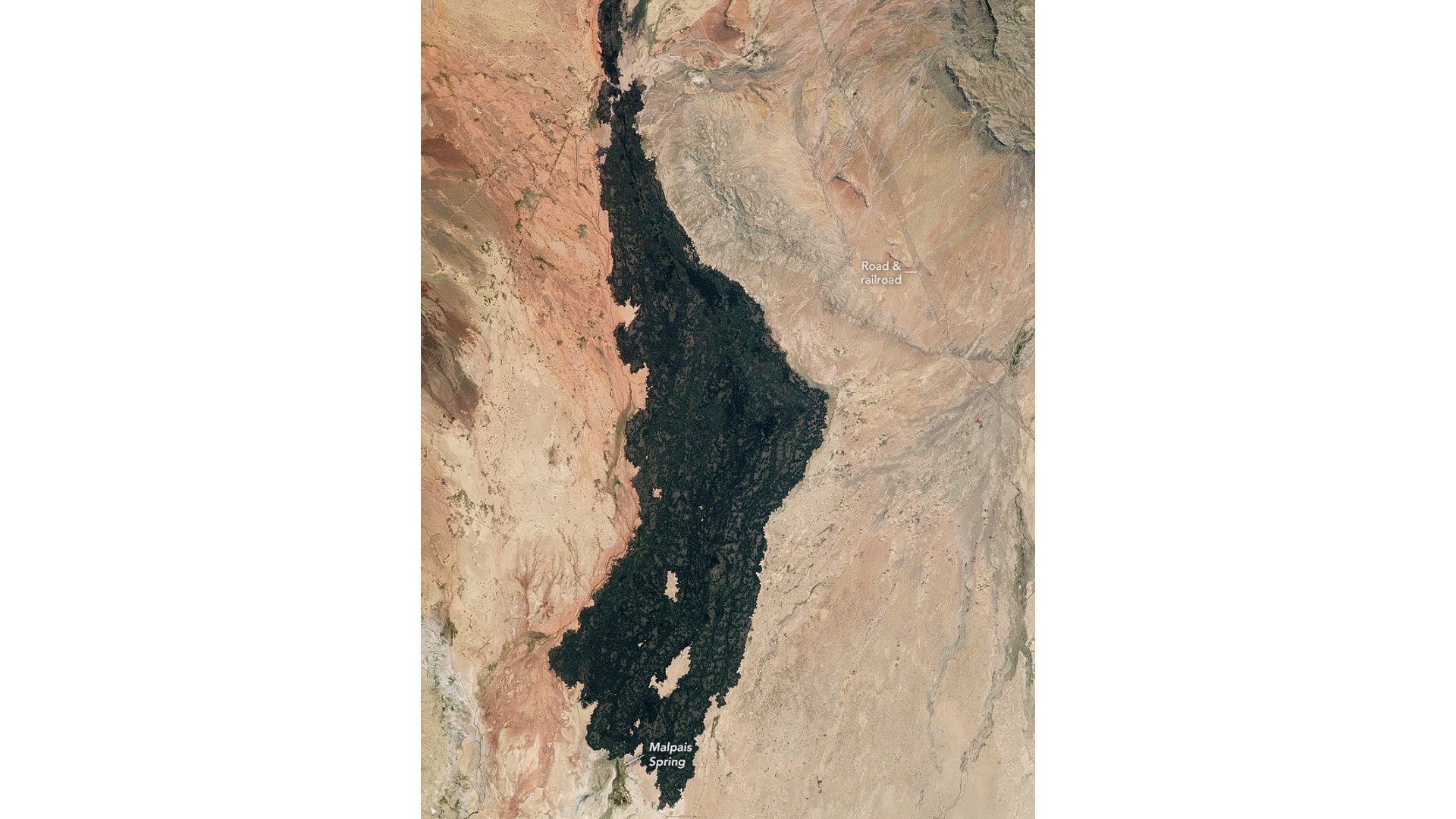 The vastness of a thing is known by looking at it from a distance such as river, mountain, volcano etc. An astronaut aboard the International Space Station (ISS) has captured a stunning photo of an ancient lava flow spreading across the desert in New Mexico. When viewed from above, it looks like a deep scar carved in the desert. This picture is of a basaltic lava flow.

Basaltic lava flows are known as Carrizozo Malpaís. Spread over 130 square miles (337 square kilometers), this lava flow is 50 miles (80 kilometers) long. According to the US Geological Survey (USGS), it is located near Carrizojo, a city in the Chihuahua Desert in New Mexico and is one of the largest lava flows to have formed on Earth in the past 10,000 years.

The eruption that led to the Carrizojo Malpais lava flow began about 5,000 years ago. According to the report of Live Science, this explosion continued for about 20 to 30 years. Then the magma slowly ejected from the volcano. Underneath the surface are insulated lava tubes, which spread the molten rock over a large area, according to the USGS.

This picture, clicked by an unidentified astronaut aboard the ISS on June 30, is a mosaic of four photographs. According to the report, this is one of the most detailed images of this lava flow, captured from above. NASA’s Earth Observatory released this picture on 26 September.

Much of the lava seen in the picture emanated from a small 88-foot high vent. The people of the area call it ‘Little Black Peak’. According to Earth Observatory, this lava field may look lifeless when viewed from above, but it helps many desert plants such as prickly pear cactus (Opuntia), perennial flowers and juniper trees to flourish. These plants can grow in frozen magma.

Another special thing about this lava flow is that nowhere else on earth does lava flow like this. The effect of the explosion on the earth 5000 years ago is still intact, which amazes the scientists.