Lava Blaze 5G smartphone to go on sale soon; Will be launched on November 3, see offers and features 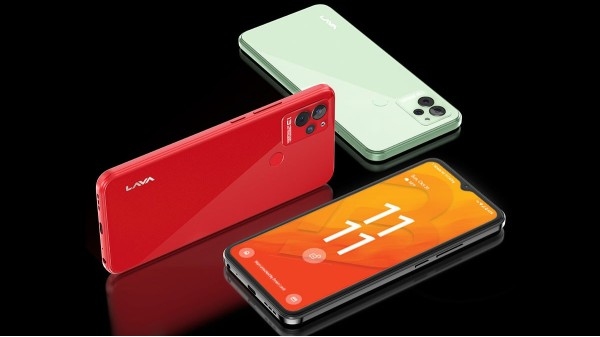 The Lava Blaze 5G budget 5G smartphone was announced during the India Mobile Congress 2022 last month. During the initial announcement, the company claimed it to be India’s most affordable 5G phone. However, the exact price of the device was not disclosed.

Now, the company has confirmed the formal launch of the phone in India via Amazon. The Lava Blaze 5G will be introduced in India on November 3, which is just a few days away from today. The phone comes with a dew-drop style notch and will be available for purchase via Amazon.

During the India Mobile Congress 2022 event in October, the specs of the device were revealed. The Blaze 5G device will feature a 6.5-inch HD+ LCD screen with a screen resolution of 1600×720 pixels. It is a 2.5D curved display with 90Hz screen refresh rate.

Powering the device will be a MediaTek Dimensity 700 processor with a clock speed of 2.2GHz and the chip is built on a 7nm fabrication process. The Lave 5G smartphone comes with 4GB RAM and 128GB UFS storage. Apart from this, there is also support for 3GB virtual RAM and support for microSD card.

The Lava Blaze 5G will come with a triple rear camera setup, consisting of a 50MP (f/1.8) main camera, a depth and a macro camera. For selfies, there is an 8MP (f/2.0) selfie camera on the front. The device draws power from a massive 5,000mAh battery unit and there is no word yet on the fast charging of the device. The phone comes with a USB Type-C port for charging. The smartphone includes side-mounted fingerprint scanner, support for multiple 5G bands, 4G VoLTE, dual-band Wi-Fi and Bluetooth 5.1.