Launch of Toyota Hilux pickup truck postponed, booking has not even started, know what is the reason 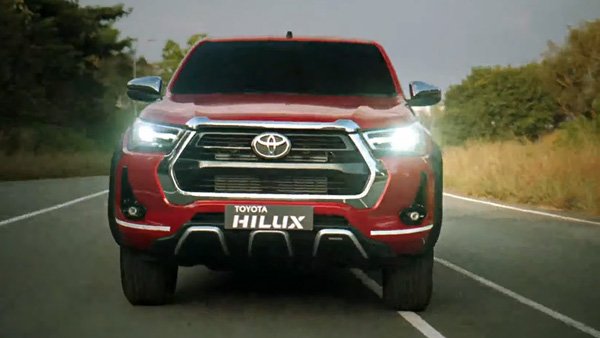 However, Toyota Kirloskar Motor temporarily stopped its bookings for this pickup truck in February and it has not been resumed as of now. Now information is coming out about the booking and launch of the lifestyle pickup Toyota Hilux.

If a media report is to be believed, Toyota says that the company is doing its best to ensure that bookings resume at the earliest to minimize any impact. Apart from this, the company has not given any information about the Toyota Hilux pickup truck.

It can be understood from this statement of the company that when the booking of Toyota Hilux has not started by the company yet, which may also delay its launch. However, the company has not given information about why its booking and launch are getting delayed.

Toyota Hilux will be built on the company’s IMV-2 platform, it will be produced in India only. The Toyota Hilux is going to be a 5-seater vehicle that will be usable both in the city and off-road. The company is going to make it available only in the option of diesel engine.

Toyota has increased the wheelbase of the Hilux to 3,085 mm. It measures 5,325 mm in length, 1,855 mm in width and 1,865 mm in height. The Hilux has a ground clearance of 216mm and also weighs 2.1 tonnes. It will be offered in five color options which include Emotional Red, Gray Metallic, White Pearl CS, Silver Metallic and Super White.

The Toyota Hilux has a large and hexagonal front grille and LED projector headlights on both the sides, due to which it looks strong on the road. It gets plastic cladding around the wheel arches, along with 18-inch alloy wheels.

Talking about the engine available in it, the 2.8-litre diesel engine of Toyota Fortuner will be used in Hilux, which provides power of 204 bhp. This engine will be mated to a 6-speed manual and torque converter automatic transmission. Apart from this, 4WD system will be given as standard in it.