Last picture from Mars! NASA’s InSight lander will soon be ‘finished’, this is the reason 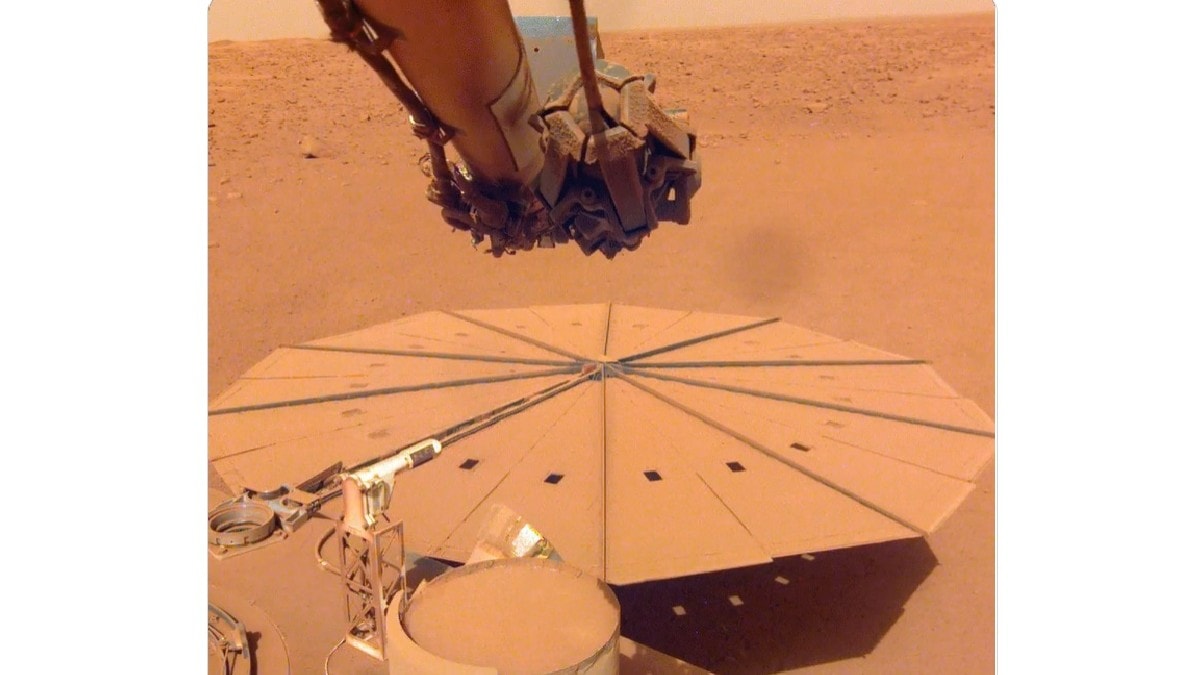 The time has come to say goodbye to NASA’s Insight lander, which has been trawling Mars for almost 4 years. It seems that InSight has sent its last image to Earth and now this rover will be ‘finished’. This picture is also like the hundreds of images that have been seen in recent years. In this, the seismometer can also be seen, which has been gathering information about earthquakes on Mars for a long time. However, everything seems to be covered in dust.

I’m getting close to the end here, due to dust gathering on my solar panels, making it hard to generate power. People often ask: don’t I have a way to dust myself off (wiper, blower, etc.)? It’s a fair question, and the short answer is this: (🧵) pic.twitter.com/fbFjj4AXf3

According to NASA, dust has caused the most damage to this lander. It is covering his power source. The solar panels installed in the lander are covered due to dust, due to which power is not being generated. NASA has already told that the solar-powered InSight lander is now able to generate very little electricity. Initially, the lander used to power an electric oven for an hour and 40 minutes. Now this time has come down to 10 minutes.

The InSight lander would not have had this dust if engineers had made a change at the beginning of the project. Wipers could have been installed in the lander, like we usually see in vehicles, but the engineers decided not to do so. Because of this, the lander is not able to remove the dust accumulated on it.

Although this decision was taken after thinking. Adding dust removal systems to the Insight would have added weight and increased the cost of the project. Engineers also took this decision because the InSight lander was a short-lived mission, although it has worked on Mars for about 4 years.

This Mission Even though it is in its last stop, but it has sent many important data to the earth. Since landing on Mars in 2018, the InSight lander has recorded more than 1,300 earthquakes there. It recorded the largest earthquake ever to hit Mars, measuring 5 in magnitude.