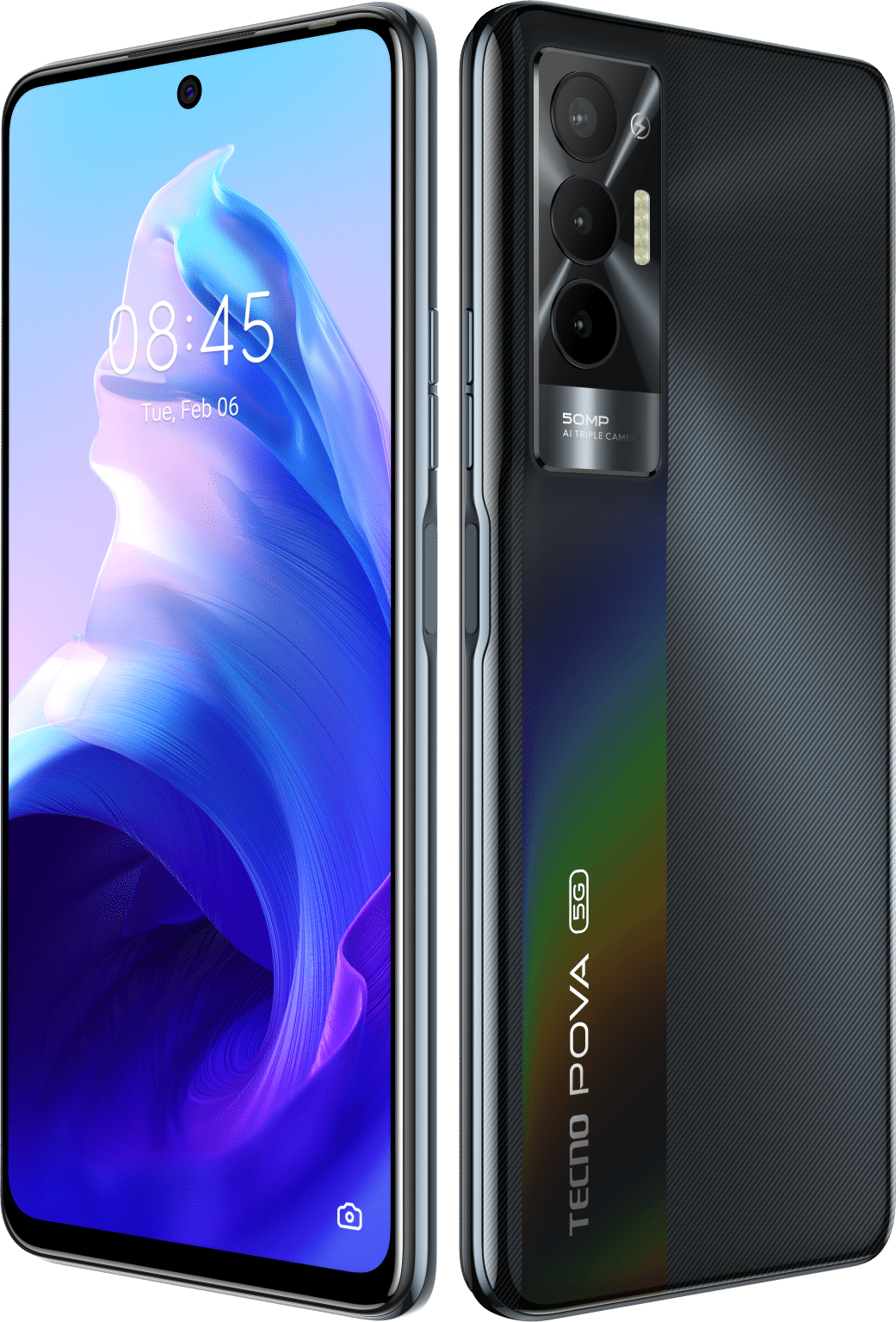 Tecno has unveiled its first phone with 5G mobile networks, a large screen and a capacious battery, called the Pova 5G.

Tecno Pova 5G received a 6000 mAh battery, which is combined with 18 W fast charging. The company claims that a 15-minute charge is enough for 3 hours of play. From a full charge, the smartphone will last 775 hours in standby mode, 55 hours in talk time and 11 hours in games.