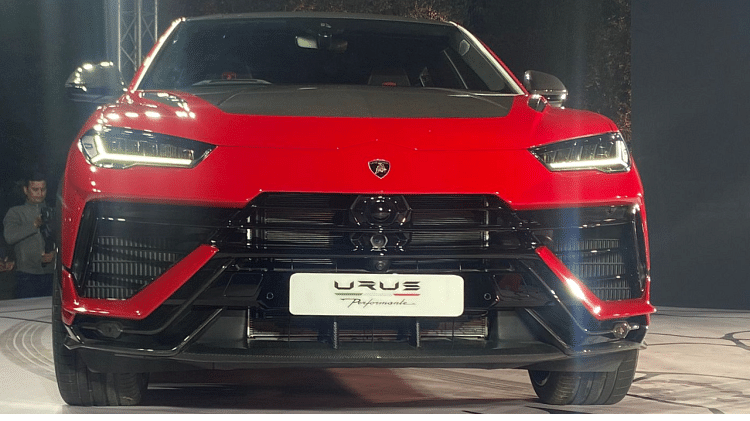 Italian supercar maker Lamborghini has launched the Urus Performante in the Indian market. The company has made many changes in this superbly designed superSUV, which has made it more powerful than before. Along with many special features, a new driving mode has also been added to the car, which makes it very easy to drive this SUV on any kind of road. We are giving information about the price and features of the super SUV in this news.

Lamborghini’s Urus Performante has entered the Indian market just three months after its global launch. This super SUV has been launched in India only on Thursday. Several changes have been made in comparison to the regular Urus, due to which this SUV has become much better.

how is the design

Talking about the design of the Urus Performante, carbon fiber has been used in it. The way carbon fiber has been used in the exterior design from front to back. This gives the SUV a very aggressive look. It also gets a new black air intake which helps in cooling the engine of the car better than before. The curb weight has also been reduced by 47 kg, which has improved the weight-to-power ratio. As great as it looks due to the excellent aerodynamic design, it also picks up speed quickly. Carbon fiber has also been used on its rear spoiler, which seems to be inspired by the company’s other supercar, the Aventador.

how is the interior

The interior of the super SUV has also been kept quite simple. Nero Cosmos Black Alcantara leather is used as standard in this. With which hexagonal stitching has been done. From the dashboard to the seats of the car, it has been designed very closely. However, according to the customer buying this SUV, changes can be made in the design, color etc. by the company. But as standard, the SUV has been given a dark theme.

how are the features

The super SUV is offered with great features. Two big screens have been given in its center. Out of which one screen has been given complete information and controls of the car while the other screen is given for infotainment. The SUV’s headlights can also be kept on auto mode. Apart from this, features like 360 ​​degree camera, steering mounted controls, cruise control, keyless entry, push button start / stop as well as digital MID, frame-less door, rear AC vents, four USB ports, excellent sound system, rear seat Many features like roof lights have been given for.