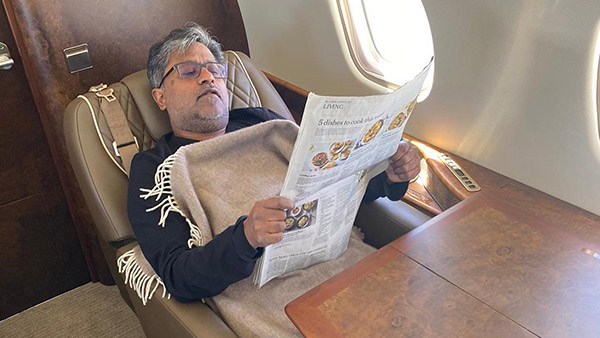 Since then Lalit Modi moved to London, where he lives with his family and lives a lavish life. Lalit Modi has various sources of income, which is enough to take up the luxurious things in life and in such a situation, he is also enjoying expensive rides. So let’s take a look at his luxurious car collection in London.

According to a report, Lalit Modi bought Ferrari 488 Pista Spider in the year 2020. This sports car is the top model in the company’s 488 lineup and its final record price in India is Rs 4.81 crore. Its engine provides 660 bhp power and 760 newton meter maximum torque.

Lalit Modi also drives a McLaren 720S which, according to his Instagram post, was bought by his son Ruchir Modi. The price of this two-seater coupe in India is between Rs 4.65 crore and Rs 5.04 crore, depending on the variant. The car is powered by a 4.0-litre twin-turbocharged V8 engine that produces 720 Bhp of power and 770 Nm of torque.

Lalit Modi’s son Ruchir Modi gifted him a Ferrari F12 Berlinetta on his 50th birthday. The last record price of the car in India before the discontinuation was Rs 5.60 crore. The two-seater coupe was powered by a V12 engine that produced a maximum power of 730 hp and peak torque of 690 Nm.

Another Ferrari car bought by Lalit Modi is the Ferrari 812 GTS, but he does not drive it. The business tycoon had bought a black colored car as a birthday present for his son Ruchir Modi last year. Its ex-showroom price is 5.75 crores and its engine gives maximum power of 788.52 and torque of 718 Nm.

Lalit Modi’s garage also includes a BMW 7-Series 760Li, which costs Rs 1.95 crore. The luxury sedan is powered by a 6-litre V12 petrol engine that produces 540 Bhp of power and 760 Nm of torque. The BMW 7-Series 760Li comes with a classy luxury cabin.

According to a report, Lalit Modi’s late wife Minal had received the Aston Martin Rapide as a gift from her husband. The high-performance sports saloon was introduced in 2010 and comes with a 6-litre naturally aspirated V12 engine that produces 350 bhp and 600 Nm of torque.

The Ferrari California was gifted to Lalit Modi by his late wife. The convertible sports car costing Rs 3.3 crore is no longer in production. Powered by a two-seater twin-turbo 3.9-litre V8 engine, this car produces 482.7bhp power and 505Nm maximum torque.