Lakhtakia Nano to bring TATA Electric avatar? Ratan Tata went out for a walk on seeing this 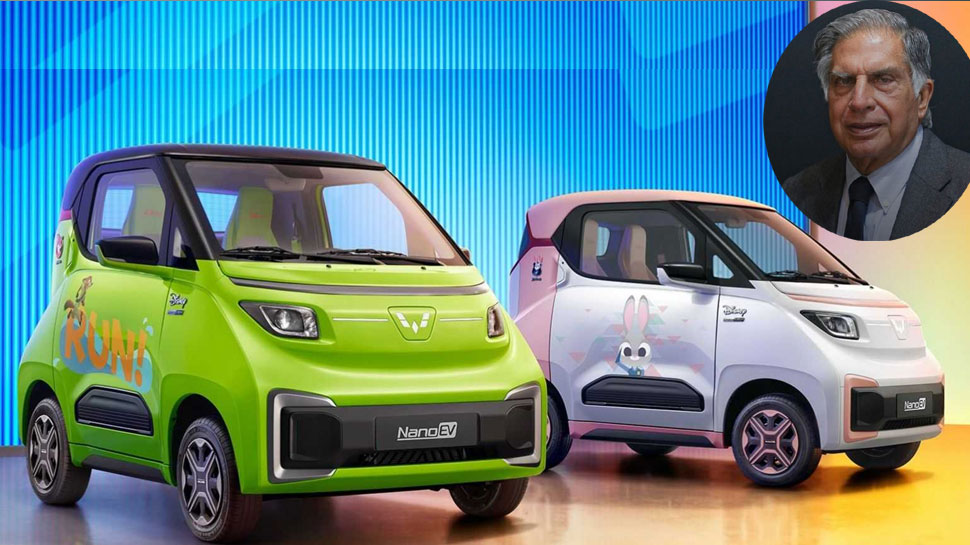 New Delhi : The Nano car which Ratan Tata had dreamed of taking from door to door and had priced the car at one lakh rupees, the sale of that car was going through a bad phase for a few years. In such a situation, Nano has been introduced as an electric vehicle. ElectraEV with Ratan Tata on social media, sharing a photo of Ratan Tata with the car, wrote that it is a matter of ‘Super Proud’ for us that when we delivered the car to Ratan Tata, he not only this Ride the car but also gave feedback about it. Giving information about this on Linkedin, Tata Motors said that Ratan Tata not only liked this car, but he also went out for a walk in this Nano car.

It is being speculated that Tata Motors is now preparing to bring the electric avatar of this Lagtakia in the market, although no official information has been received from the company on this. If the Nano EV comes in the market, then it will be a very affordable electric car and will fit in the budget of the common people. Tata Nano has been customized by Electra EV, a company that makes powertrains for electric vehicles. The company expressed happiness over the fact that it is a super proud feeling to deliver the 72V Nano EV to Ratan Tata and get feedback about it.

Let us tell you that the Nano EV accelerates from 0 to 60 kilometers per hour in less than 10 seconds. It is a 4-seater car and uses a lithium-ion battery. Despite being electric, it gives the feel of a real car. The 72 V architecture has been used in this custom built Nano EV (Tata Nano Electric). The company has modified its design and achieved the certified range of 213 km by the Automotive Research Association of India (ARAI).