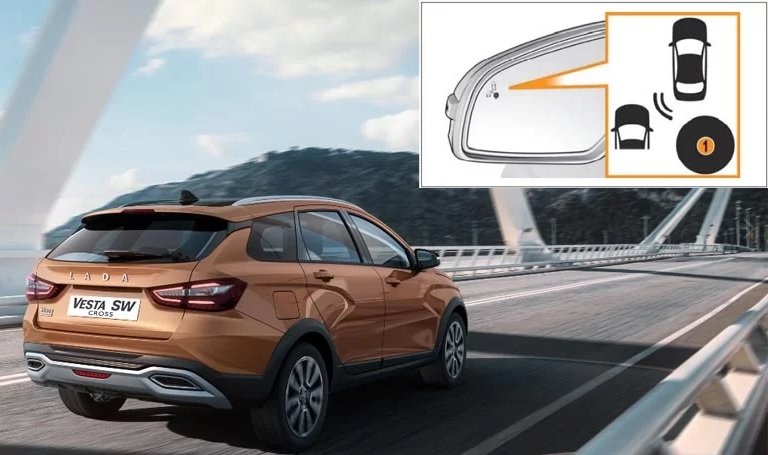 AvtoVAZ for the first time in history began to install a blind spot monitoring system (KSZ) on Lada cars. The first mention of the possible appearance of such an option in Lada appeared on the network a few days ago, and now the Lada.Online portal has published a detailed description of the operation of the KSZ system. It, as expected, was received by some configurations of Lada Vesta NG (New Generation), it is designed to alert the driver about a possible collision with other vehicles, even they are in the “blind zones”. For notification, LED indicators in the side mirrors are used. The KSZ system can help the driver when making lane changes.

The KSZ system can be forcibly turned off using the button to the left of the steering wheel. To prevent the system from malfunctioning, the sensors must be kept clear of snow, ice and dirt, and the sensors must be protected from shock. The source notes that incorrect operation of the system is possible under bad weather conditions (very low or high temperatures, heavy fog, rain, hail, snow, etc.), on sharp turns and in roundabouts, when driving on rough roads, in tunnels , when overtaking long vehicles and in some other situations.