Lack of this essential feature in cars has killed 13,000 people: Nitin Gadkari 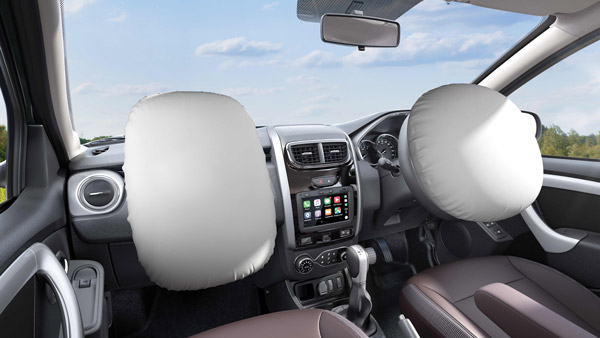 Similarly, a total of 14,271 people lost their lives in side-by-side collisions. If the car had side impact airbags, 4,424 lives could have been saved. He also highlighted that 6 airbags have been made mandatory to ensure the safety of the passengers in the car. The government has decided to implement the rule of 6 airbags in affordable cars as well.

Additionally, the Ministry of Road Transport and Highways is working on a proposal for a plan in consultation with stakeholders that will test and evaluate the star rating of the car under the India New Car Assessment Program (BNCAP). This program will provide a rating of one to five stars during the crash testing of vehicles.

The program will encourage automakers to participate voluntarily in safety-testing evaluations and incorporate higher safety standards into new car models. Gadkari said, “The government wants to protect the lives of the people, so the safety rating system is being started.”

India is one of the countries with the highest number of deaths in road accidents. According to a report of the Ministry of Transport, about 4.50 lakh road accidents occur every year in the country, in which 1.50 lakh people die. This figure is the highest in any other country in the world. Road accidents have been cited as the main reason for disability in India.

Gadkari said that the Transport Ministry has devised a multi-pronged strategy to address the issue of road safety on the basis of road and vehicle education, engineering, law and emergency care. Under this, the Ministry has notified ‘Parliament Road Safety Committee Member’ in each district of India to promote awareness among the people under the chairmanship of the Member of Parliament (Lok Sabha) of the district. The amended Motor Vehicles Act (2019) was implemented on August 9, 2019 in the country to improve road safety and traffic rules.

Share
Facebook
Twitter
WhatsApp
Telegram
Previous articleViet Nam will soon have a law for cryptocurrencies
Next articleTalk about work! In these ways your smartphone will be secure, try it today
MOBILE
Digit News