KTM is working on a powerful electric bike, will be launched soon 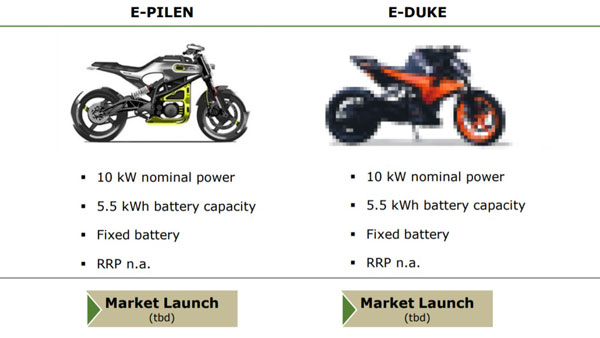 Compared to vehicles like the Torque Kratos R (4kWh), Simple One (4.8kWh) and Ola S1 Pro (3.97kWh), the E-Duke’s fixed battery pack has the highest capacity. Although, these all-electric vehicles are already available in the market, the launch of the E-Duke may take some time. KTM said that its launch date has not been decided yet.

As of now, the company has not started testing the E-Duke, so its design details are not yet fully revealed. The E-Duke is expected to share its design base with the Husqvarna E-Pylane, which was unveiled last year and has just entered the production stage.

The Husqvarna E-Pillain gets the signature trellis frame, upside-down forks and an offset rear monoshock. It was first introduced as an 8kW model, but was later introduced in a 4kW to 10kW model as well. A report states that the E-Pylane will have the same 10kW motor and 5.5kWh battery pack as the upcoming E-Duke.

Bajaj and KTM have also announced that the two companies are co-developing an electric platform, which could be a two-wheeler electric vehicle with an output ranging from 3kW to 10kW. However, the agreement is believed to be primarily related to e-scooters.

It is unlikely that Bajaj will also be involved in the development of the e-Duke. Given the level of partnership between the two companies, it is also possible that the E-Duke may start manufacturing and selling in India in the future.