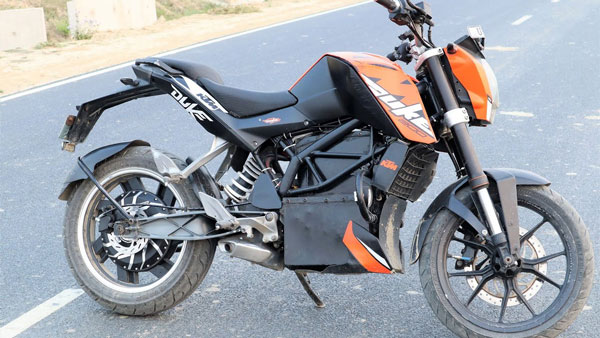 It is a high performance motorcycle that can reach a top speed of 140 km/h. The complete process of modification of this motorcycle has been given on social media. In the process, the bike’s petrol engine has been removed and a 4,000-watt electric motor has been used.

It houses a custom battery pack arranged in a module. The battery pack has been fitted in place of the engine of this motorcycle. A lot of electrical connections have been made to the motorcycle during this modification. The rider then checks the performance of the motorcycle through the GPS app.

EV conversion kits are getting popular

EV conversion kits for different types of vehicles are now available in the market. Actually the Government of India has approved the conversion kit for old vehicles to four wheelers. However, the two-wheeler market is yet to be given an ARAI certified kit.

Several other domestic modifications have come to the fore in the past as well, converting popular scooters like the Honda Activa into electric vehicles. But not many people are aware that it is not legal to drive such converted vehicles on the roads.

In India, it is legally prohibited to make any structural and engine changes to a vehicle. If such modification is found in any vehicle then the police can seize it. However, approved EV conversion kits can be used to replace petrol/diesel engines.