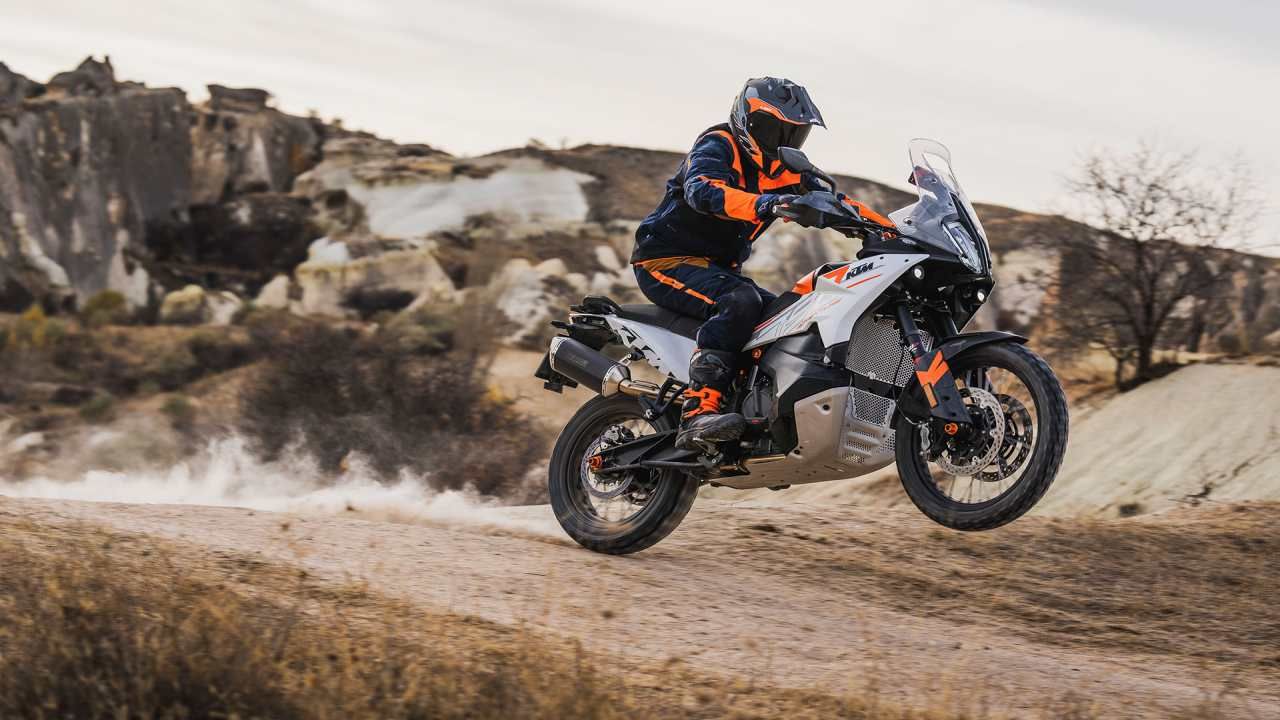 KTM launched its two new bikes 2023 KTM 790 Adventure And 2023 KTM 890 Adventure Has launched 2023 models. Both the bikes have been introduced with some cosmetic changes and some mechanical upgrades. let’s take you both one by one KTM Bikes Gives detailed information about.

Like before, this bike has been given a parallel twin engine of 799 cc which generates power of 95bhp and torque of 88Nm. This latest bike has been launched with 6 speed transmission.

Coming to the cosmetic changes, the motorcycle gets a bigger front fairing that joins the side panels, a bigger windscreen at the front and two new colours, one black and one white. For off-road use, the company has given new Pirelli Scorpion STR tires in this 2023 KTM bike.

The bike gets a 5-inch TFT instrument cluster for the customers which comes with a redesigned menu and a brighter screen. Apart from this, a new demo mode has also been added to the bike which allows the rider to use electronic features like quickshifter plus and cruise control. But this feature is free only for the initial 1500 kms, after which it will have to be purchased separately.

In this bike too, you will get to see updates similar to the 790 model, such as updated fairing, two new colors and a bigger windscreen in this bike too. Also, work has been done on the WP Apex suspension setup of this motorcycle which comes with 43mm USD fork and 200mm rear shock. The bike also gets bigger tires just like the 790 model.

The model will get a new 5-inch TFT instrument display which is packed with redesigned graphics and features that are easier and faster to access. In this bike, the company has given an 889 cc engine which generates power of 105bhp and torque of 100Nm.