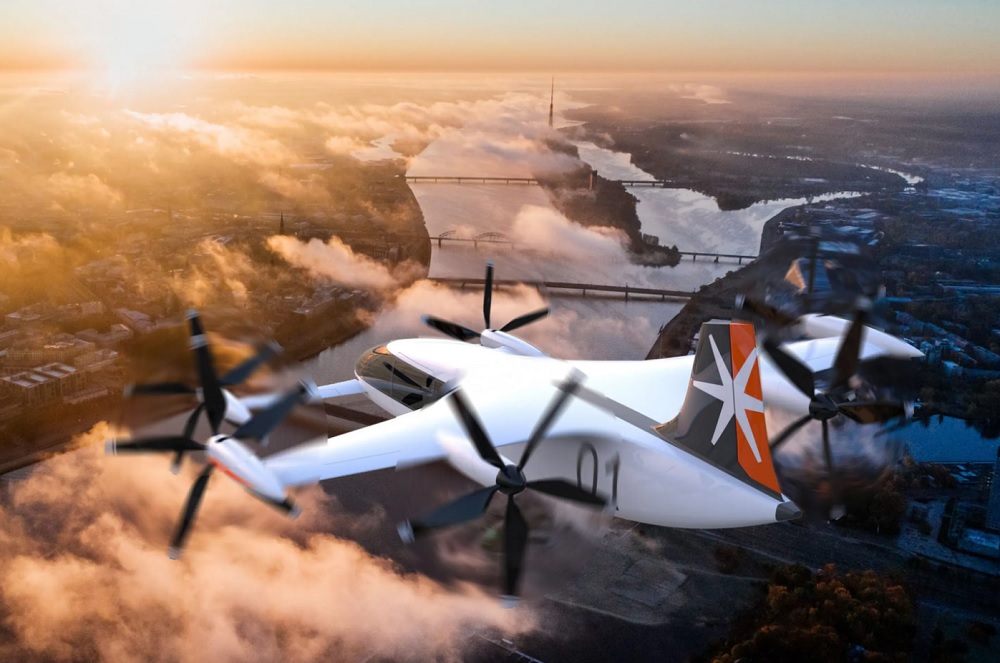 Korean startup Plana Aero, founded by Hyundai’s former head of Supernal’s electric aircraft project, has unveiled its own electric long-haul air taxi concept. The company has already raised about $9 million (nearly 12 billion Korean won) in investment to build the first prototype of such a device.

Plana Aero is going to create an electric vertical takeoff and landing aircraft capable of flying over 500 km at a cruising speed of 300 km/h and a maximum speed of up to 350 km/h. In addition to the pilot, he will be able to carry on board from 4 to 6 passengers. Judging by the concept images, the model will receive a long narrow fuselage that goes into the upper part of the main wing, as well as 6 five-bladed propellers. Two of them are located on the main wing, two are closer to the nose, and two more are carried back, closer to the tail. That is, in hover mode it will be something like a hexacopter. The two rear propellers tilt down for vertical takeoff and landing, while the others tilt up and act as pushers during cruise.

Such an aircraft could play the role of a regional air minibus: it is large enough, high-speed and can travel several hundred kilometers. A test model powered by a battery and capable of vertical takeoff and landing is expected to be manufactured in 2023. In 2024, a full-scale prototype with a carrying capacity of 700 kg should appear, and in 2028 the company plans to begin mass production of manned aircraft.