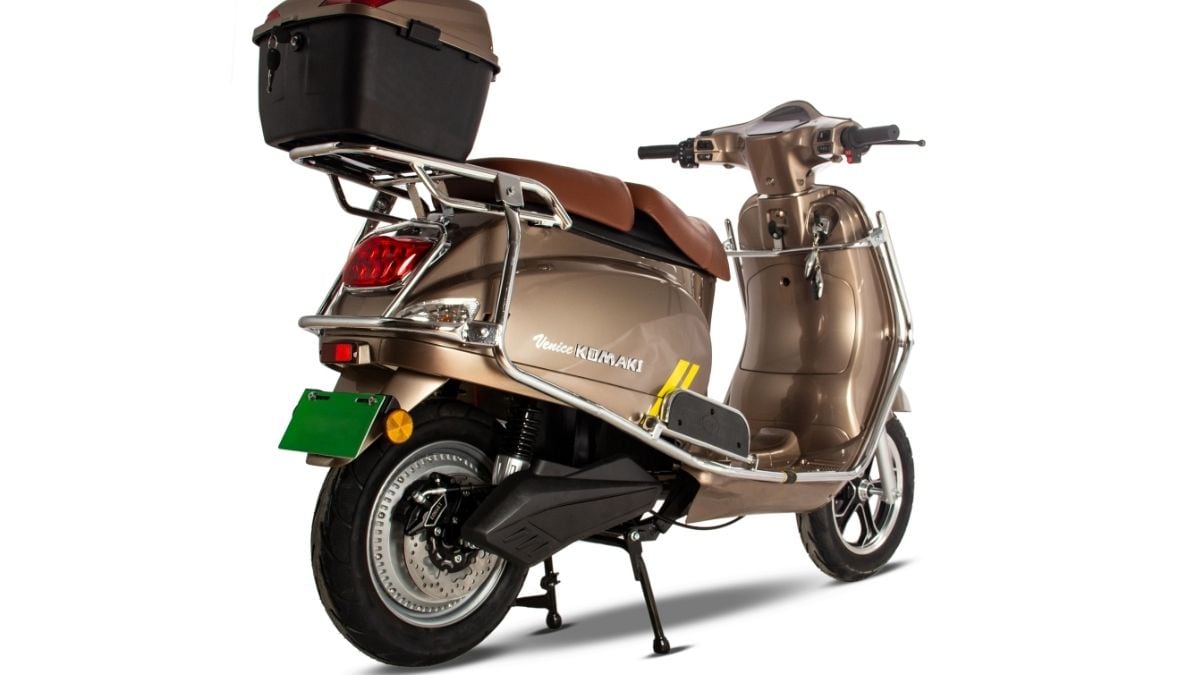 Komaki has added a new electric scooter Venice to its portfolio. This electric scooter has been announced along with the company’s first electric motorcycle, the Ranger. No specific details have been provided about the new electric scooter at the moment, but the company says that it is designed to cover long distances. Looking at the pictures, it is known that the company is also going to attract the younger generation through its design. At first glance, it will remind you of the Bajaj Chetak EV. It will also get many color options.

After the launch of these two electric vehicles, the company will have a total of five high-speed electric vehicles in its portfolio. Komaki Venice The electric scooter will be offered in 9 different colors. This electric scooter will get a battery pack of 72v40ah capacity, and as per the company’s claim, it will also have an extra storage box equipped with good storage. Apart from this, the scooter will also get features like repair switch, reverse switch, regenerative braking system and Bluetooth connectivity.

company soon Ranger It will also be launched with a four-kWh battery pack and 5000W capacity motor. The company claims that the bike will deliver a range of 250 km on a single charge, making it the longest electric two-vehicle to cover a single charge in India. The Komaki Ranger will get LED headlights and taillights. Apart from this, this bike will be equipped with advanced and premium features like cruise control, repair switch, reverse switch, Bluetooth connectivity, advanced braking system.

At present, no information has been shared regarding the prices of the Komaki Venice electric scooter and the Ranger electric cruiser bike, but we are expecting the price to be covered at the time of launch. The company has already indicated that both the electric vehicles Launched in the affordable segment will be done.