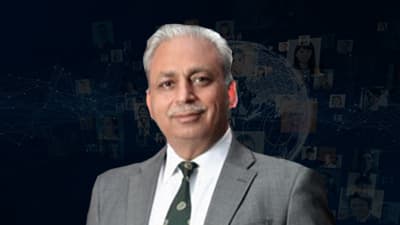 India Best CEO CP Gurnani: In 2009, Satyam Computer Services founder B Ramalinga Raju publicly stated that he had inflated Satyam Computer’s account by one billion dollars. After which there was a stir in the whole IT world. The central government swung into action. B Ramalinga Raju was arrested and Satyam’s board was dissolved by the government. It felt that Satyam Computer, which had become the identity of Hyderabad, would end. But industrialist Anand Mahindra decided to get Satyam back on track. For this, he selected CP Gurnani, who was looking after the international operations of his IT company Tech Mahindra.

Gurnani has held important positions
In his career spanning 40 years, CP Gurnani has held important positions in many big companies. Which includes Hewlett Packard, Perot Systems (India) and HCL Corporation. Gurnani has also served as the chairman of NASSCOM, an organization of IT companies. And he is also a member of the board of Mahindra & Mahindra. CP Gurnani joined Tech Mahindra in November 2004, then the company’s name was Mahindra British Telecom.

where did you get your education
CP Gurnani was born in Neemach, Madhya Pradesh. His father was working in the Central Bureau of Narcotics, due to which he was constantly transferred. He spent the early days of his life in Chittorgarh, Kota and Jaipur in Rajasthan. Studied Chemical Engineering from National Institute of Technology, Rourkela.