Know before buying a phone: These 10 best-selling phones in the world, 7 of this company alone; Samsung-Xiaomi also in the list 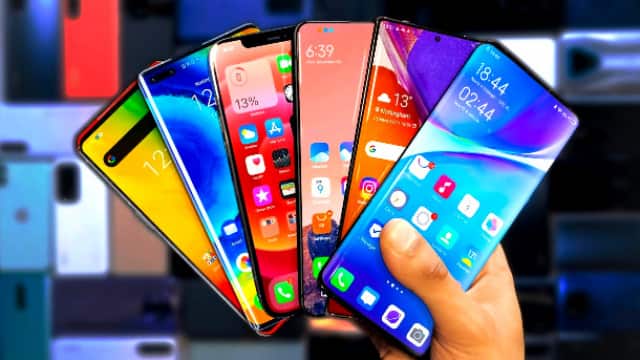 There is a plan to buy a smartphone but are confused which phone to take and which phone is selling the most at this time, so don’t worry now. In this report, we will tell you which company dominates the market and which handsets people are buying indiscriminately. So that you can easily decide which phone you should buy…

In fact, according to a new research by Counterpoint, smartphones from Apple, Samsung and Xiaomi made it to the top-10 global smartphone list of 2021. Apple’s iPhone models took seven places on the list, the highest ever. While Xiaomi captured two and Samsung one.

These iPhone models of Apple sold fiercely
in 2021, the top five models were from Apple. The iPhone 12 was the best-selling model, followed by the iPhone 12 Pro Max, iPhone 13, iPhone 12 Pro and iPhone 11. These top three models contributed to 41 percent of Apple’s total sales. Research notes that pending demand for a 5G upgrade by a strong and loyal iOS user base led the volume of the iPhone 12 series.

According to Counterpoint, there were over 4,200 active smartphone models in the global market, and the top-10 best-selling smartphone models contributed 19 percent of total global smartphone unit sales in 2021, compared to 16 percent in 2020.

This Samsung’s phone Samsung Galaxy A12 sold indiscriminately,
got the sixth place in 2021. Almost all regions and countries showed strong demand for A12 throughout the year. North America, Latin America and Western Europe were its top markets.

“Samsung’s A12’s features, such as a good camera setup, large battery size, six memory configurations and long software support, have made the model a value-for-money product that has been well received by customers. Samsung said – we believe It is expected that this momentum will be continued by the Galaxy A13 (5G), the successor to the A12, launched in December 2021.

Meanwhile, Xiaomi’s Redmi
9A and Redmi 9 entered the list in 2021, accounting for 22 percent of the brand’s total sales. Xiaomi performed well in all areas. China, India and Asia-Pacific were its top markets. Xiaomi launched its budget models such as the Redmi 9A and 9 in these price-conscious areas, where it faced a lack of components for its entry-tier series.