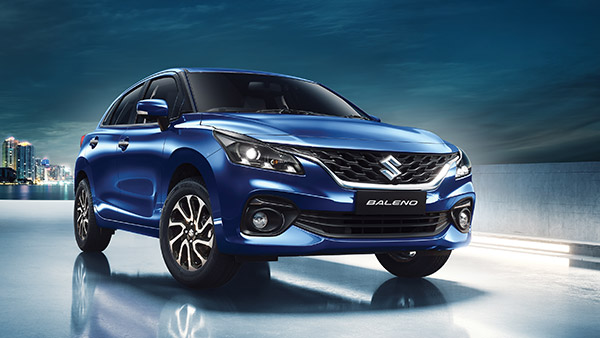 A 360-degree camera is also among the segment first features that will be found on the Maruti Baleno facelift. This camera is equipped with Approaching Object Detection technology which can detect any moving object coming from in front of the car and display its information on the display. This feature is especially useful when you are parking the car in a tight space.

The 2022 Maruti Suzuki facelift now comes with the new Smartplay Pro Plus infotainment system. It is a touchscreen infotainment system with a free standing 9-inch display screen which is equipped with connectivity features like Android Auto and Apple CarPlay.

The 2022 Baleno comes with the new generation Suzuki Connect which is equipped with 40 features. The system provides information related to vehicle safety and security, trip, driving pattern, status alert and remote operation through the Suzuki Connect app.

The system can also be connected to a smartwatch, allowing car owners to control features like locking system of car doors, headlights, hazard lights and alarms while away from the car. For voice connectivity, Alexa Skill has been used in it.

The Baleno facelift has been introduced with new exterior and interior designs. The 2022 Baleno gets a new front look which includes a redesigned front grille, redesigned slim LED headlight, bumpers, fog lamps, bonnet and redesigned alloy wheels. At the same time, metallic black accents have been given on the dashboard with premium piano black finish in the interior. Apart from this, a new such switch is available in the cockpit style and chrome ring on the meter.