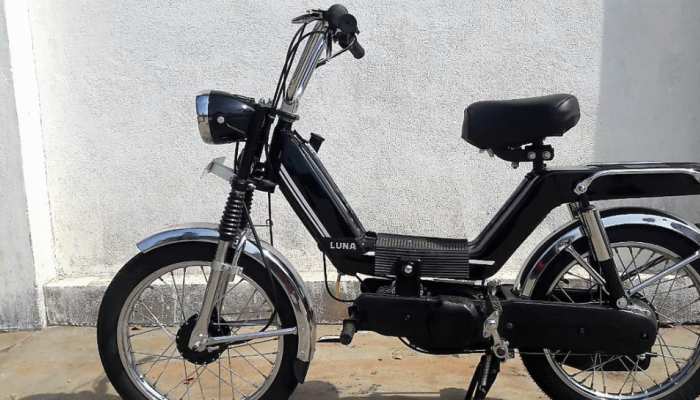 Kinetic Luna electric: Launched (1972 50 years ago ) This moped ruled the hearts of Indian customers for 28 years. Its production was discontinued in 2000. It is now ready to return to the market.

Kinetic e-Luna Launch in India: Kinetic Luna ( Kinetic Luna) Moped, you will remember. Launched ( 1972 in ) 1972, this moped ruled the hearts of Indian customers for 28 years. Its production was discontinued in 2000 and it could be seen running on the streets for many years after that. It is now ready to return to the market. This time it will launch in electric avatar. Kinetic Engineering Limited ( KEL) has reported that some parts of Kinetic Luna Electric have also started production.

It can be named Kinetic e Luna ( Kinetic e-Luna), to be launched in the market soon. The company has claimed that several major Hisso have been developed, including Electric Luna’s main chassis, main stand, side stand and swing arm. This electric moped will be manufactured in Ahmednagar, Maharashtra. The company also said that the production line will initially have the capacity to produce 5,000 units every month.

2000 units sold every day
The company reported that there was a time when Kinetic Luna, which was powered by a petrol engine, was fiercely bought. It used to get 50 cc engine at that time. The company has sold 2000 units per day.

KEL managing director Ajinkya Firodia believes that Electric Luna will perform just as well as its petrol version. “We hope that in the next two-three years this business will grow more than 30 crores annually,” he said.” At the moment KERL has not shared any information about the battery, range, power, launch date etc. of the upcoming e-Luna ( e-Luna).