Kim Kardashian got her cars painted according to her mansion, spent Rs 75 lakh 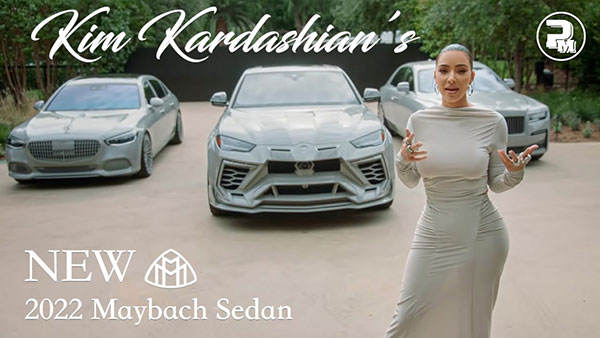 Famous American fashion and lifestyle magazine ‘Vogue’ has shared a video on its social media platforms, in which Kim Kardashian is showing her mansion and her three cars. It is worth noting that three cars can be seen here.

These include a Lamborghini Urus, a Mercedes Maybach S600 and a Rolls Royce Ghost and all are painted with a Ghost Gray paint shade just like their mansion. The biggest thing is that the total cost to paint these three cars is about $100,000.

These cars have been painted jobs by Los Angeles-based Platinum Motorsports. It took Platinum Motorsports a month to paint these three cars. Reportedly, the person who was monitoring the entire process said that Kim Kardashian was personally involved in the paint job process.

That’s because she wanted to make them look exactly the way she wanted them to be. Kim Kardashian is one of Platinum Motorsports’ most honest customers and has always relied on modification experts to customize her cars.

Painted in this custom shade of grey, these three cars are unique in themselves. Of the three, the Lamborghini Urus is the centerpiece here. With a base price of $218,009, this Lamborghini Urus is already one of the most expensive and outrageous SUVs one has ever bought.

Here the Lamborghini Urus has already been customized with a special complex body kit at the front, which makes the SUV even more aggressive. Apart from the Urus, the $311,9000 Rolls Royce Ghost was also given a unique crystal lady, the Spirit of Ecstasy, on the hood.

The third car, the $185,950 Mercedes Maybach S600, also looks different, with its three-pointed star painted a single gray color. In a video clip shared by Vogue, Kim Kardashian talks about her love for elite and sporty cars.

With this new and exclusive paint scheme, Kim Kardashian wanted to make her stand out and go with her gray-hued mansion. That’s why he didn’t choose his favorite matte silver for the cars and opted for a new shade of grey.

Lamborghini sells a select few models in India which include the Urus, Huracan and Aventador. Of these, the Urus is the company’s best-selling model in India. Lamborghini recently completed the production of 10,000 units of the Urus SUV.