Kia Sonnet has become expensive by Rs 34,000, know the new price before buying 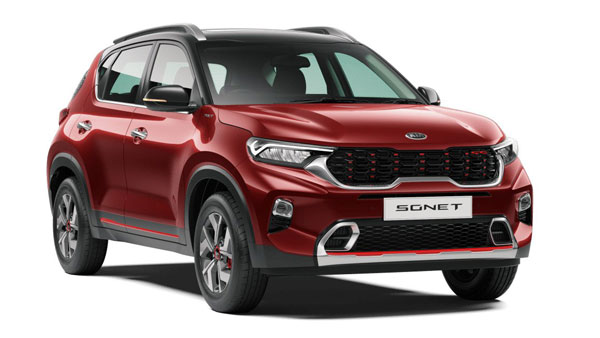 The base HTE 1.2-litre petrol variant of the Kia Sonnet has received the highest price hike of Rs 34,000 and also Rs 10,000 and Rs 16,000 respectively. The Kia Sonnet has been made available in HTE, HTK, HTK+, HTX, HTX+, GTX+ and Anniversary Edition.

This is a popular SUV of the company which has recently crossed the sales of 1.50 lakh units which is 32% of the total sales of the company. It was introduced in the Indian market in 2020. The company also said that 26 per cent of customers who buy Sonnets prefer to buy the top model. Sonnet holds a 15 per cent share in India’s most popular and rival compact SUV segment under four metres.

Apart from this, the option of 1.2-litre naturally aspirated petrol, 1.0-litre turbo petrol and 1.5-litre diesel engine is available in the Kia Sonnet. The company may bring it in future with CNG option, with its turbo-petrol engine. Presently there is a huge increase in the demand for CNG vehicles.

Like the Seltos, Kia Motors is going to bring the X-Line of the Sonnet which comes in a different avatar and looks very attractive, the Kia Sonnet X Line can be made available in its top variant. The Kia Sonnet X-Line will be brought in the Dark Graphite color option, which is available only in the X-Line variant. Along with this, matte color will also be seen in it.

It will get 10.25-inch touchscreen infotainment system, Auto and Apple CarPlay, Yuvo Connected Car technology, wireless phone charging, electric sunroof. The company’s Sonnet is currently being sold at a starting price of Rs 7.49 lakh which goes up to Rs 13.89 lakh for the top variant.

The Kia Sonnet is a popular SUV and gets updated regularly. In such a situation, now the company has increased the price of the sonnet, so it has to be seen whether this affects its sales or not.