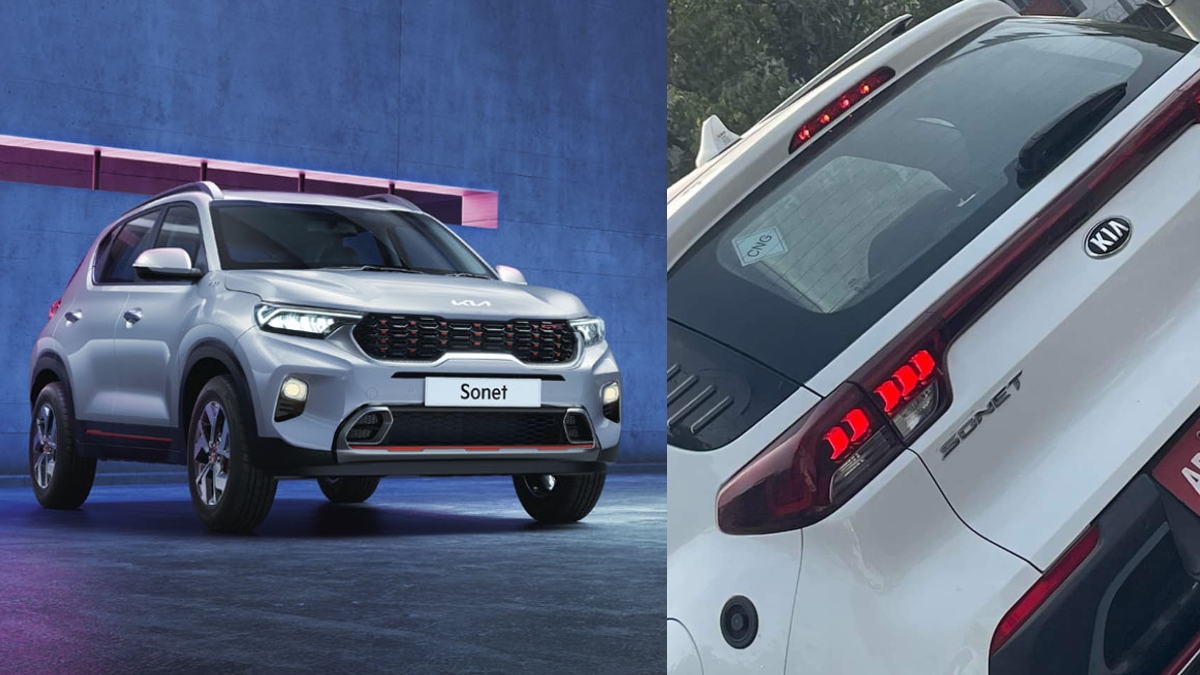 Kia India updated the Sonet facelift with additional features earlier this month. On one hand, while this compact SUV is reaching showrooms across the country, on the other hand the company has started the trial of its CNG model. The testing model of the car has recently been spotted. I

The CNG model of the Kia Sonet may be included in the line-up in the coming months. The Sonet CNG will be the first car from Kia to be offered with a factory-fitted kit. Once launched, this car will compete with the upcoming CNG models of Brezza and Nexon.

Sonet CNG testing model spotted
The testing model of the Sonnet compact SUV was recently spied with a CNG sticker. The spy shot of the car has been captured by Varun Ratan. The SUV appears to be a standard Sonnet GT Line. However, according to the sticker on the SUV, it is not a regular petrol or diesel variant, but is equipped with a CNG powertrain.

Engine of Sonet CNG
The Sonnet GT Line comes with 1.0-litre turbo petrol and 1.5-litre turbo diesel engine options. According to reports, the Sonnet CNG will also come with a 1.0-litre turbo-petrol engine, but it will be offered with a factory-fitted CNG engine.

Sonet CNG will give competition to Nexon and Brezza
According to some reports, CNG variants of Maruti Vitara Brezza and Tata Nexon are expected to arrive soon. It is believed that the launch date of Sonet CNG, Brezza CNG and Nexon CNG may be around. The CNG model of Brezza can be offered with 1.5 dual jet petrol engine. While the CNG kit will be paired with the 1.2-litre turbo petrol engine in the Nexon CNG. In such a situation, it is believed that Sonet CNG will compete with the CNG models of Nexon CNG and Vitara Brezza.

Kia’s strong claim in the CNG segment
These days most of the customers are buying CNG cars amidst the ever-increasing prices of petrol and diesel. Maruti Suzuki and Hyundai are already dominant in this segment. At the same time, Tata Motors has also brought many CNG cars and now Kia India is also presenting its claimant.