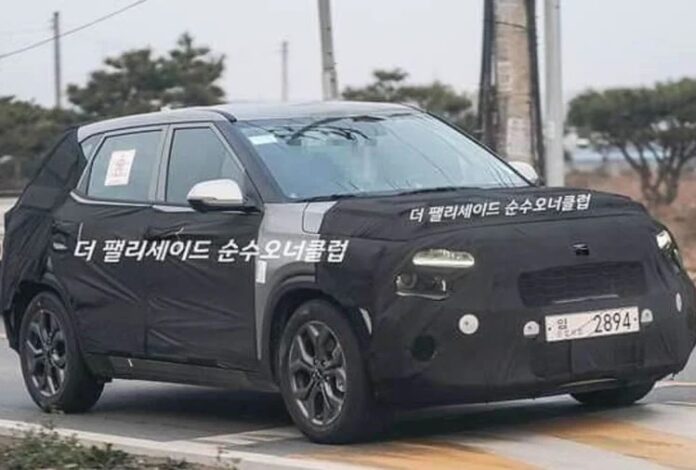 Kia is reportedly working on a facelift model of the Seltos SUV, its most successful offering in India. First launched in 2019, the Kia Seltos SUV is to be given a mid-life upgrade and could be launched in India sometime next year. According to spy shots in media reports, Kia is already testing the facelift model of Seltos in its home market South Korea. In the images, the Seltos is seen in black camouflage, with only the windscreen and windows uncovered and LED headlights visible from it. The Kia Seltos remains the best-selling car of the Korean carmaker in India. Kia has sold 48,315 units so far this year in 11 months. Kia sold 96,932 units of Seltos in the year 2020.

Look and Design
The test model seen in the spy shots appears to sport the features of Kia’s Camouflage model. The grille of the new Seltos is likely to be upgraded, but it may retain the traditional tiger-nose feature. However, it seems quite clear that some changes are being made to the LED headlight unit. It could be similar to the headlight unit seen in the recently introduced three-row SUV Carens by the Korean brand in India. Similar changes can be expected to the rear of the SUV along with the new taillights.

According to the spy shots, the design of the alloy wheels looks similar to the current models. However, it cannot be ruled out that Kia may offer a different design to the wheels of the production model.

Interior and Features
As far as the interiors are concerned, Kia may add more connected car features to the cabin of the new Seltos. The infotainment screen and digital instrument cluster may have been inspired by the carousel. Which look more futuristic than other models seen inside Kia cars in India.

Engine and Power Details The
new Seltos could replace the diesel engine in its new avatar. As per reports, Kia may include a hybrid version of the Seltos that will use the same engine as the newly launched Niro hybrid model. The 1.6-litre petrol engine is mated to an electric motor with a combined output of 140 hp and 265 Nm of peak torque. However, it is not yet confirmed whether Kia will bring the hybrid model to India as well.

Apart from the hybrid unit, the 2022 Kia Seltos is likely to be offered with the same petrol engine as the other existing models. Kia offers Seltos in three powertrains in India. Apart from the 1.4-litre turbo petrol unit, there is a 1.5-litre petrol and a diesel unit. Transmission work is handled by either a 6-speed manual or automatic, 7-speed automatic and IMT gearbox.

When will launch
Kia may introduce the new generation Seltos SUV early next year. While its launch is expected in the second half of the year 2022.