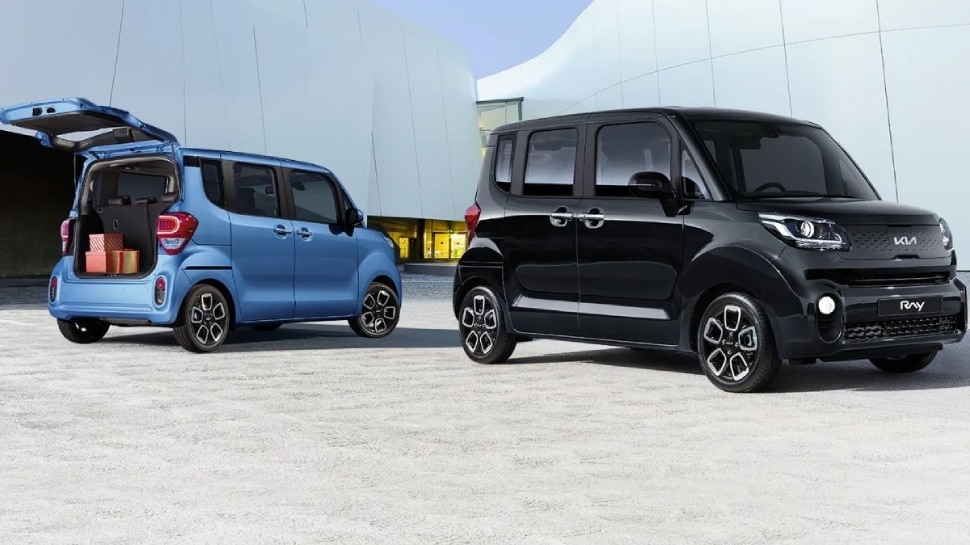 Kia new car: Kia has introduced a new car on the competition of WagonR. The special thing is that the electric model of the car is also available with gasoline. That is, it can be run on both petrol and battery.

Kia Ray Facelift: Kia has introduced a new car. This car competes with the popular hatchback WagonR in terms of price and features. The name of the car is Kia Ray, now the company has launched the facelift model. The special thing is that the electric model of the car is also available with gasoline. That is, it can be run from both petrol and battery. There have been many changes in the exterior and interior of the vehicle, although its performance remains the same. It is also important to know here that the vehicle is sold only in South Korea. But the list of its features is such that the hearts of Indian customers also come.

this is the look of the car

There are no major changes in the vehicle, so no major price hike is likely. The current model is available at a starting price of 13,550,000 Won (approximately Rs. 8.28 lakh). Talking about the changes made in the facelift model, it gets updated grille, headlamps in vertical design, C-shaped DRL, new Kia logo, sharp bumpers and skid plate. From the side, it looks similar to the current model. In this, sliding rear door is given on the right side, which is included in the major features of this vehicle.

At the rear, the connected profile gets refreshed tail lamps, redesigned tailgate, smaller reflectors and a new diffuser-style element. Apart from the fully digital instrument cluster in the interior, everything else has been kept as before. Key features on the Kia Ray include 8-inch touchscreen infotainment system with navigation, heated front/rear seats, full auto air conditioner and electronic room mirrors with automatic payment system.

Its ICE variant has a 1.0-litre gasoline motor, which makes 76 PS of power and 95 Nm of peak torque. It is mated to a 4-speed automatic gearbox. Its combined fuel economy (city + highway) is 13 kmpl with 14 inch wheels and 12.7 kmpl with 15 inch wheels. The Ray EV variant gets a 67hp single electric motor which is powered by a 16.4 kWh lithium-ion battery pack. Its certified range is 138 km.