Kia Carens Review: How is this MPV to drive? Will Innova Crysta be able to compete? 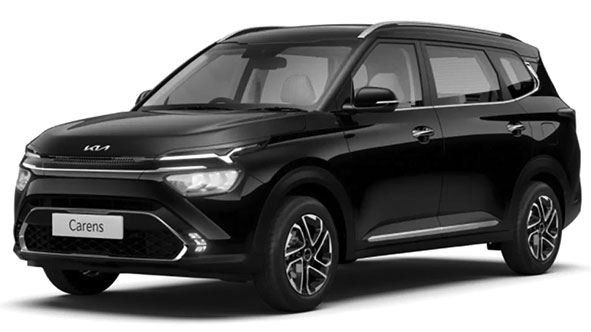 Kia Motors entered the Indian market in 2018. The Kia Seltos was introduced in 2019 followed by the Carnival and Sonnet in 2020. All the three models of the company have received a great response and after that the company is going to bring its fourth model, the Carons.

It is going to be an MUV/MPV which has been given an SUV-like look. Kia calls it an RV (Recreation Vehicle). Recently tested it and it impressed us a lot. How is Kiya Karens? How does it go? Is this practical? How’s the third line? Let’s know.

Kia Cancers look alluring from all sides. It has been given a unique design, due to which it takes time to see it well. However, a closer look reveals its styling.

Its front part looks very stylish, it has been given a new Kia logo which comes with brushed aluminum. It has been given LED DRL and headlight setup, its LED DRL is inspired by the constellation. Due to which the unique shape has been given and the DRL has also been given in the turn signal indicator.

Below the DRLs is a three-matrix LED headlight unit. The entire setup has been kept in black color which includes the fox grille. It gets Kia’s signature tiger nose grille that comes with a honey comb pattern and the radiator is placed behind it.

Kia’s signature ice cube fog light setup has been given with its grille. The bonnet has been kept slightly elevated and the headlight unit has been swept back which can be easily seen from the side. It has a shoulder line in front which goes to the rear part of the cairns.

Its A, B, C pillars have been kept in black color, while the D-pillar has been kept in body colour. It gets a brushed aluminum line that starts from the D pillar and runs all the way to the window. The door handle is nice and is kept in chrome.

The Kia Cars gets 16-inch alloy wheels which give good performance over the MUV. It has been given a turbine-like design and has been given dual-tone. It has a flared wheel arch which comes with matte black cladding which is given all around the vehicle. Silver line has been given in the side cladding.

Talking about the rear of the Kia Carons, it looks like an SUV. Its tail light grabs your attention, it gets a split LED tail light which is inspired by the constellations. Tail lights have been given on both the sides of this MUV which is connected through Fox tail lights. Its tailgate is large and the Kia logo has been kept.

The big bumper has been given at the bottom where the chrome strip has been placed. This chrome strip feels a bit different and the kerosene looks good even without it. Along with this, spoiler and stop light have also been attached to it.

The upper part of its dashboard has been kept navy and the lower part has been kept in beige. Its central part is kept in piano black, also inspired by the constellations. It has a 10.25-inch touchscreen infotainment system that comes with Android Auto and Apple CarPlay but does not have wireless connectivity. It has Bluetooth connectivity.

With this, your phone can be connected easily, it has an 8-speaker system which is borrowed from Bose and its sound is excellent. This is also given in Kia Seltos. Its bass is not that strong but the sound is clear. Kia has given a lot of features in the infotainment system and it also includes sound of nature.

With this infotainment system, phone calls, text messages, 64-colour ambient lighting and many other functions of the vehicle have been given. The Kia Connect feature can also be controlled from the smartphone app. It also gets a Quiet Mode which turns off the rear speaker to give a better ride to the rear passenger.

The infotainment system has been given a unique line that is placed along the entire length of the dashboard. It has AC vents which is very nice. Air conditioning is given below it, along with a small display that shows the temperature. Its center console is very practical and very useful. Above it are given some buttons which are Drive Mode, Hill Descent Control and ventilation/cooling on the front seat.

It comes with smartphone wireless charging, USB for the infotainment system, a 12V socket and a USB Type-C charging port. Its gear liver is luxurious and it gives a premium look due to the brushed aluminum.

In this, the front seat has been kept ventilated/cooling which makes it comfortable. It comes with a large seat and great cushioning. The second row has a captain seat in the Luxury Plus trim and looks similar in size to the front seats. Thai support, back support, bolstering and texturing have been given. Armrest has been given in both the seats, it can be adjusted, reclining forward and backward.

Along with this, a folding feature has been given, this feature is very useful and helps the passengers entering the third row. It is being sold as 6 and 7 seater, we thought its third row seat would be too small but Carrons proved us wrong.

The third row seats can also be folded down and the headrests can be adjusted. There is also a phone holder with Type C smartphone charging slot and cupholder. It is as comfortable as a second row seat.

Even after three rows, enough boot space has been given that it can hold 3 cabin bags. It becomes even more when the third row is folded. Even after this, if the second row is folded, then more luggage can be kept, although its space figures have not been disclosed.

There is no electric adjustment feature on the driver’s seat, while it also does not have an electric tailgate. The company has given AC vents and a large panoramic sunroof for all the passengers in it. There are many options given in it, due to which it becomes even more comfortable. Foldable dining tray is provided in it. It has a big air purifier.

The Kia Carons comes with the same engine and gearbox options that are already available in the market. It was first introduced in the Seltos and then made available in the Hyundai Creta and Hyundai Alcazar. It consists of two petrol and one diesel engine.

Its most powerful engine is 1.4 liter turbo-petrol engine, it provides power of 138 bhp and torque of 242 Newton meter. It has been given 6 speed manual and 7 speed DSG gearbox. The other is a 1.5-litre petrol engine that produces 113.4 Bhp of power and 144 Nm of torque. It has a 6-speed manual and the option of automatic has not been given.

We also drove the Luxury Plus variant which was mated to a CRDI diesel engine. It produces 113.4 bhp power at 4,000 rpm and 250 Nm of torque between 1500 to 2750 rpm. It offers 6 speed manual and 6 speed automatic gearbox. We drove the automatic gearbox and there was a lot to explore while driving.

After pressing the start/stop button, the sound of its diesel engine comes. But it is very little and does not bother you. As soon as you put the gearbox in D and it starts running without any delay. It is very useful in stop and go traffic. Its 250 Newton meter torque is very useful in urban areas. It has three modes Eco, Normal and Sport. This mode is available only in the automatic variant.

Can be used to switch to drive mode by pressing the button on the driver’s center console. Fuel is fully utilized in Eco mode, gearshifts are quicker and there is a slight delay in throttle response. Its steering wheel is nice and light which helps it to steer in the city.

It completely changes when it is put in its normal mode. The steering wheel gets a bit heavy and the engine response gets better. Things take a turn in Sport mode, the engine responds extremely well and the gearbox lasts longer. The gear lever is used in Sport/Manual mode and helps the paddle shifter to shift gears. In such a situation, the gear shift is very fast.

In terms of handling, the weight of the steering wheel increases according to the drive mode. However, the body roll remains the same across all drive modes. Kia has found the perfect balance for the suspension that delivers a comfortable ride and good handling. Braking provides a good opening bite. Overall, the Kia Carons offers a great driving experience.

Like we mentioned at the beginning of the review, most Indians prefer bigger MUVs but most of the models don’t have a good seven-seat seat. Sometimes people are unable to sit in the back row and sometimes the space becomes too small for children. But Kia Carons has changed that.

Kia has set a standard for three row vehicles and other automakers will have to pay attention to it. Kia Carons has been given a lot of features, safety system and attractive look. We think Kia Cars is one of the best MUVs.