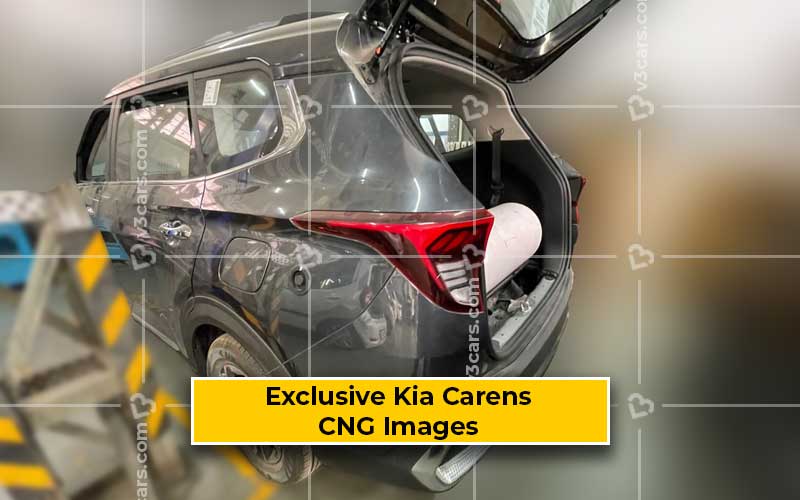 Kia recently launched its all-new 7-seater MPV Carens in the Indian market. Like other Kia products, the Carens also became popular among buyers for its competitive pricing and features. When launched, the base variant of the Carens was actually cheaper than the 5-seater Seltos. Interestingly, a set of spy images have now surfaced online which suggests that Kia may conduct some tests on the Carens. The manufacturer is expected to launch a CNG variant of this 7-seater MPV. Kia Carens currently competes with cars like Maruti Ertiga , Maruti XL6 and Hyundai Alcazar in this segment.

Spy photos shared by V3 Cars Online. As per the images and reports, Kia is testing the CNG kit on the 1.4-litre turbocharged version. Kia is offered with a 1.5-litre naturally aspirated petrol and a 1.5-litre turbo diesel engine in addition to the turbo petrol engine. This is interesting as the Kia Carens will become the first car in this segment to get CNG with a turbo petrol engine. The spy images show a Kia Carens with its tail gate open. The CNG cylinder is clearly visible in the picture. Like any other 7-seater in the segment, the Kia Carens had very little boot space with all three row seats. With a CNG cylinder in the boot, the space for luggage can’t be used at all.

The nozzle for filling gas into the cylinder is also visible in the image. It is placed next to the fuel filler cap. The position of the filler nozzle may or may not change in the production version. The registration sticker on the quarter glass of the Kia Carens shows that the testing is being done on the turbo petrol version. It clearly mentions that this is a 6-speed manual variant. The turbo petrol engine makes more sense with CNG than the 1.5 liter naturally aspirated petrol version. After applying CNG, the weight of the car will increase and the engine will also generate less power as compared to the petrol mode. 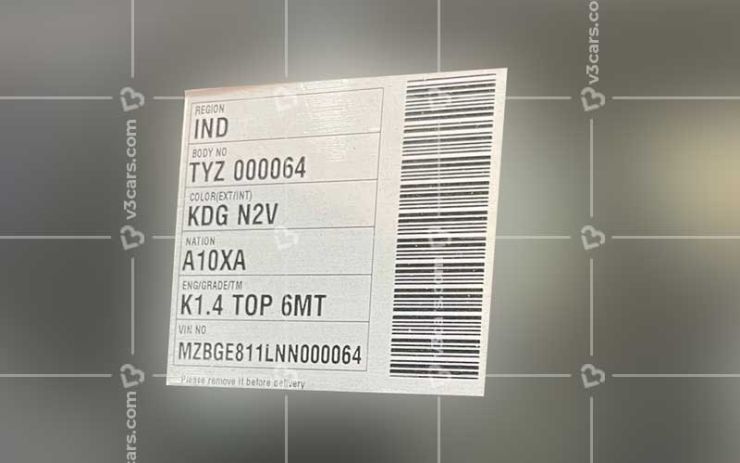 The Carens being an MPV might feel underpowered with the 1.5-litre petrol engine. The turbo petrol engine can generate ample amount of power which can help it to spin without feeling weak. The 1.4-litre turbocharged petrol engine in the Kia Carens generates 140 PS and 242 Nm of peak torque. It is available with 6-speed manual and 7-speed DCT gearbox. At the moment it is not clear whether the CNG variant will also come with the DCT gearbox.

In this segment, only Maruti offers a company fitted CNG kit for the Ertiga. With the rising prices of petrol, buyers are looking for alternative options and installing aftermarket CNG kits in their cars. Hyundai also offers fitted CNG kits for some of its models. Recently Tata also introduced CNG options for its Tiago and Tigor models. Last week, a Kia Sonnet compact SUV was also spied testing and was even being tested with a CNG kit. Like the Carens, Kia was testing a turbo petrol or GT Line variant of the Kia Sonet .