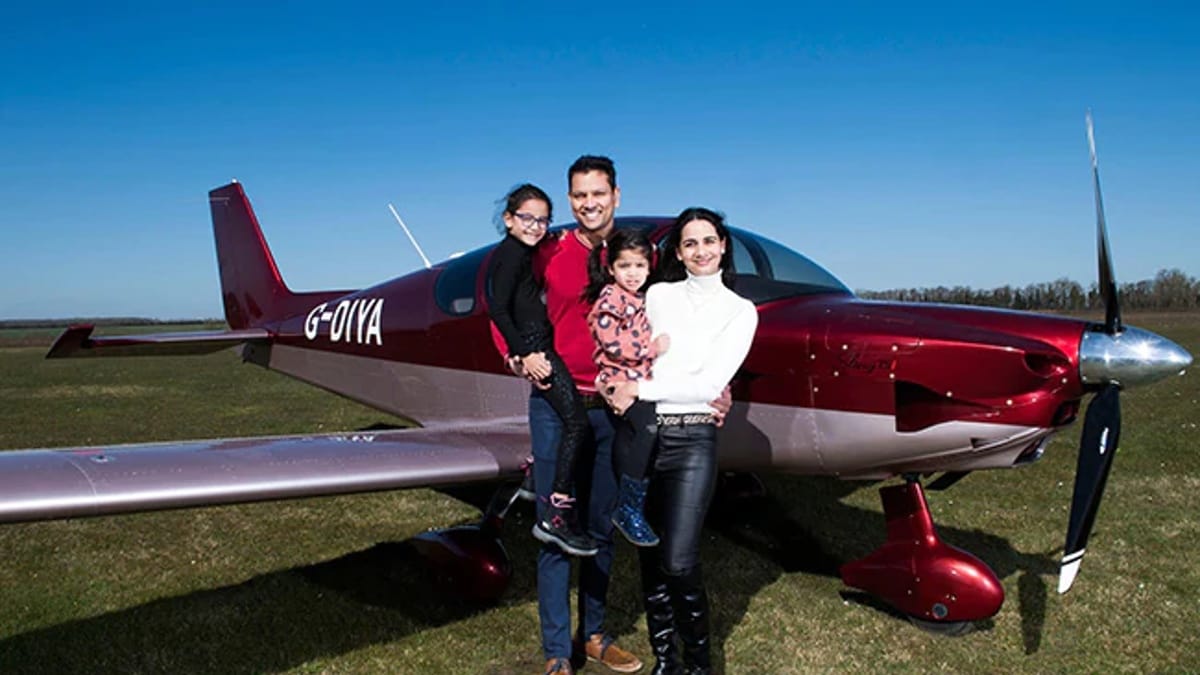 The Kovid-19 pandemic had imprisoned the world indoors. Even today many people are working from their home or trying to stay at home as much as possible. However, there are some people who have shown this situation as a golden opportunity. One such person is Ashok Aliseril Thamarakshan, who lives in Kerala, who himself designed an aircraft during the Kovid epidemic. You will be surprised to know that he has also traveled to Europe with his family in this plane.

TOI’s according, Thamarakshan had lived in London since the start of the Kovid-19 lockdown, when he built this plane. Ashok is a native of Alappuzha, Kerala. He built the 4-seater airplane in about 18 months. Reports suggest that the aircraft model “Sling TSI” has been named “G-Diya”, with Diya being the name of their younger daughter.

Thamarakshan moved to the UK in 2006 to pursue his master’s degree and currently works for the Ford Motor Company. Ashok Aliseril Thamarakshan is the son of former MLA AV Thamarakshan. He also has a pilot’s license. He has visited Germany, Austria and the Czech Republic in this plane.

Reports suggest that speaking about the idea of ​​making the aircraft, Thamarakshan said, “Initially I used to rent small two-seater aircraft for trips after getting my pilot’s license in 2018. But since my family also consists of my wife and two daughters. I needed a 4 seater plane. But they don’t come early and even if I can find one, they were too old.”

In January, a month before the family made their first trip on an airplane built by Thamarakshan, his wife Abhilasha told The Sun Told That the family had earlier started saving money during the lockdown. The report further states that Ashok visited the factory of Sling Aircraft, a Johannesburg-based company, to build his own aircraft. After a tour of the factory, Thamarakshana ordered a kit to be made for his aircraft. The total cost of making this aircraft is estimated to be Rs 1.8 crore.